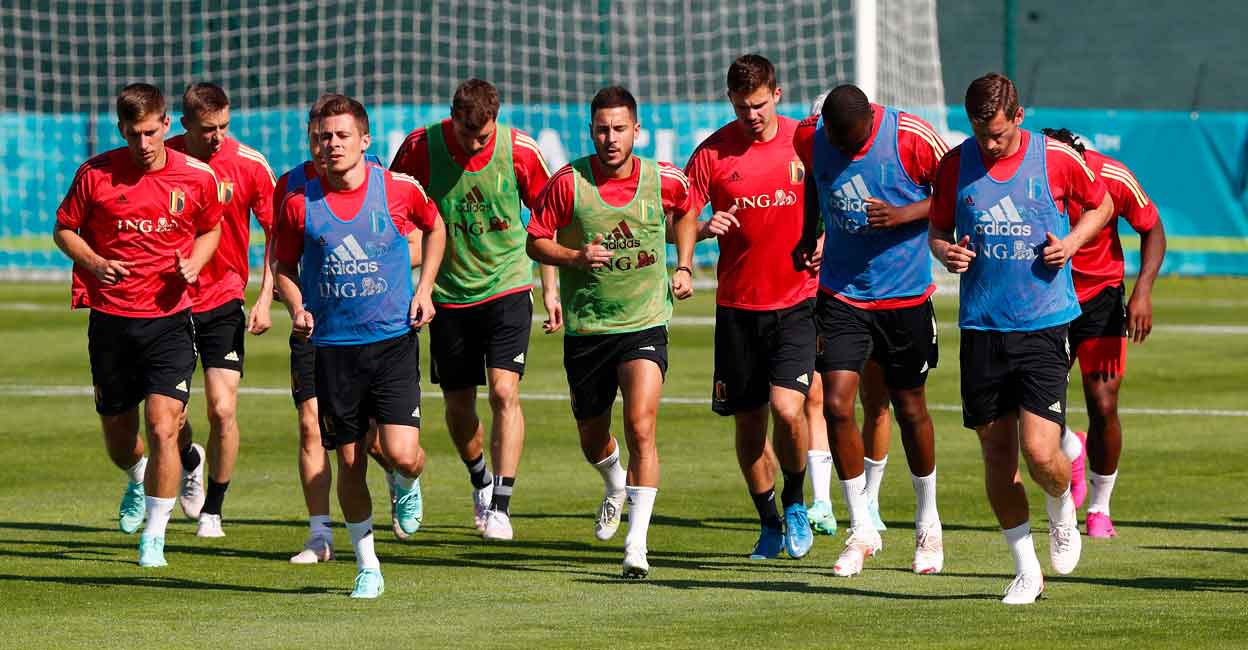 The 2020 European Championship begins on Friday having been postponed for a year due to the coronavirus pandemic.

After months of waiting, a major international tournament is ready to start and we can’t wait.

All eyes are on Southgate as England head into the Euros as one of the strongest teams
France go into Euro 2020 as one of the favourites.
However Portugal, Belgium and England are also being keenly tipped.
Fans will finally have something to cheer for too as they will be allowed to attend matches, although not the full stadiums we all dream of.

Aside from the superstar players and nail biting knockout stage, this tournament will prove to be interesting with the promise of new heroes and new legends waiting to be created.

But what should we all watch out for?

Peter Schmeichel won five Premier League titles while at Manchester United and his son is now a huge star in his own right for Leicester and Denmark.

We all know Kasper Schmeichel is back with the Danes to continue creating his own outstanding legacy.

He was exceptional at the 2018 World Cup but another raft of aces are going to be at the European Championship in a bid to outdo the men that came before them.

Marcus Thuram – son of Lilian, the most capped French player in history – is looking to add to his three caps, while Federico Chiesa, will want to complete a feat his father Enrico never achieved with Italy by winning the trophy.

Sweden ace Jordan Larsson is the son of Celtic icon Henrik, who had a legendary career with Celtic, Barcelona, and Manchester United.

Those are difficult boots to fill but Jordan has proven himself to be a quality forward in his own right, bagging 22 goals for Spartak Moscow this season.

With Zlatan Ibrahimovic ruled out of the competition due to injury, this could be his moment to come out of his father’s shadow.

North Macedonia are the new kids on the block, in fact, their icon Gorian Pandev is older than the nation itself.

The 37 year-old, who has 119 caps, helped them secure a place in the Euros for the first time in their history.

Expectations will be low for the country, but with one of the weaker groups in the tournament anything can happen.

Meanwhile, Finland managed to qualify for a European Championship for the first time too.

The nation was ambitious and left nothing on the table in their bid to reach the tournament and it paid off.

The Finnish battle cry ‘Hakkaa paalle’, which means ‘Cut them down’ perfectly encapsulates the country’s attitude and watching them should be entertaining.

They face off against Scandanavian rivals Denmark in what will be a great Group B contest.

Thirty is the new 20 it would seem at the Euros, with a bunch of experienced players getting another shot at international glory.

Pandev, as mentioned above, is a leading light for his nation while battle-hardened defensive warriors Giorgio Chiellini (36), Pepe (38), and Jose Fonte (37) look to be heading for one last hurray.

Yuri Zhirkov, the former Chelsea left-back, is also kicking about still, along with goalkeepers Maarten Stekelenburg (38) and Andriy Pyatov (36), who will be hoping to reach 100 caps once the competition is finished.

England star Jude Bellingham will be one of the youngest players at the tournament
There is an incredible amount of young talent all over the world, and many starlets will be at Euro 2020.

Bellingham is one of two aces aged 17 at the tournament as he seeks to become a Three Lions hero.

Polish kid Kacper Kozlowski is the youngest player involved – who knew Bellingham might feel old at the tournament!

Heorhiy Sudakov is an 18-year-old Ukraine star with only 10 professional games to his name for Shakhtar Donetsk, while compatriot Illya Zabarnyi, also 18, has been playing top-flight football for Dynamo Kyiv since 2019.

Elsewhere, Czech star Adam Hlozek will be looked at as a serious option at the Euros.

The striker has a remarkable 72 games under his belt for Sparta Prague, with 25 goals to his name, and finished the season as the Czech first division top goal scorer this season. Crazy stuff.

Set-pieces
A lot of England fans were disappointed when James Ward-Prowse wasn’t selected to replace Trent Alexander-Arnold, mainly due to his David Beckham-esque free kicks.

Games can be won and lost at the hands of a good free-kick and underdogs will be using this to their advantage in hopes of stealing a point or three.

But corner kicks are going to be just as vital – England’s ‘Love Train’ at World Cup 2018 was back in motion during their recent friendlies and routines like this could be used by other nations too.

We can’t wait to see the schemes being cooked up!