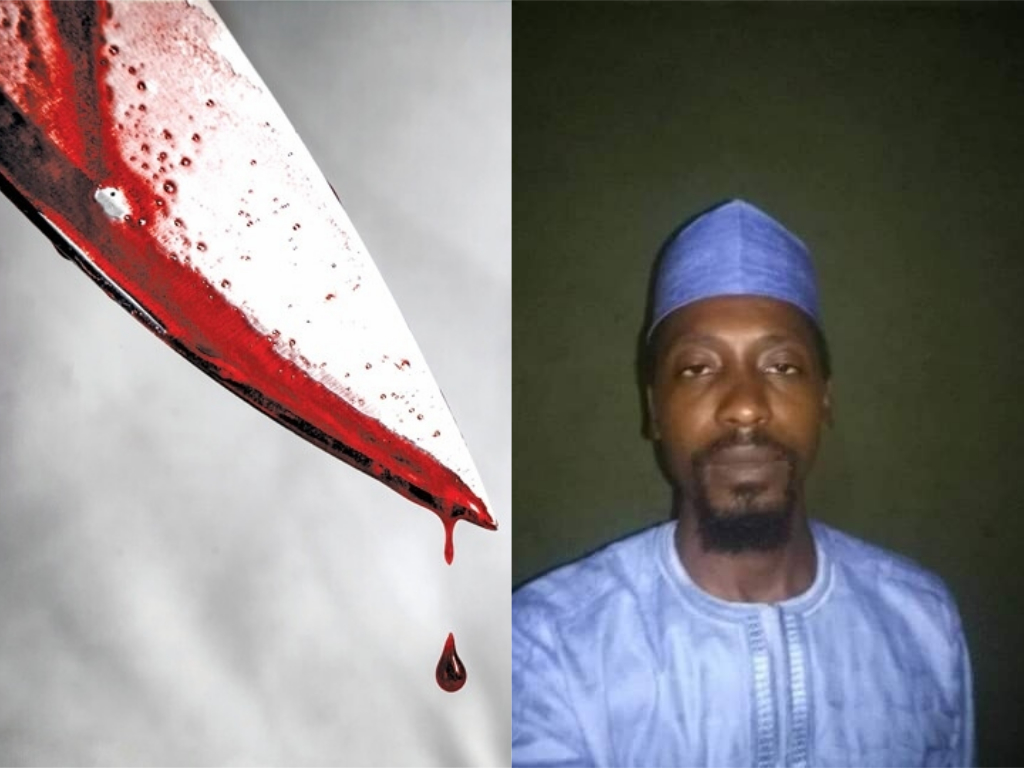 The 38-year-old son of former Director-General of the Nigeria Television Authority (NTA), Alhaji Mohammed Ibrahim, has been stabbed to death by suspected phone snatchers in Kaduna State.

It was gathered that Aminu Mohammed Ibrahim was flagging down a commercial vehicle when hoodlums stabbed him and made away with his phone on Wednesday, October 28, around Kawo in Kaduna North Local Government Area of the state.

Badamasi B Mohammed, elder brother to the deceased, who confirmed the incident on Thursday, said Aminu was recently employed by Kano Electricity Distribution Company (KEDCO).

According to him, Aminu received his appointment letter on October 20 and had travelled to Kano State for his documentation.

He returned to Kaduna on Wednesday night and was trying to get a vehicle home when the hoodlums stabbed him in the chest and fled with his phone.

“He arrived sometime between 8:30 and 9:00pm and while trying to get a taxi, hoodlums stabbed him on the chest, near his heart and made away with his phone.

“He was taken to hospital and he gave the hospital staff our father’s number and mine to call and inform us but he died while they were treating him,” Badamasi said. 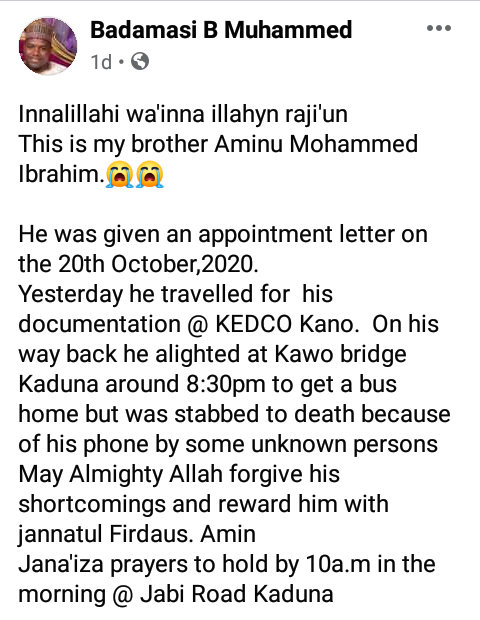