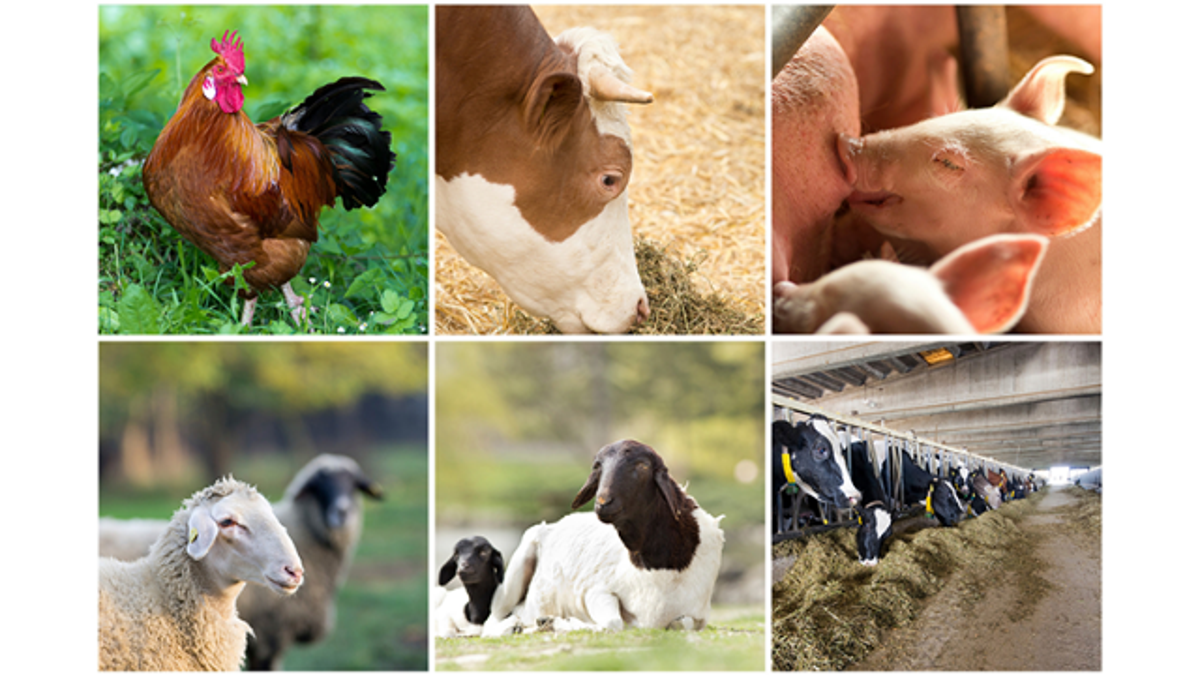 The Standards Organisation of Nigeria (SON) says it has developed new standards for animal and livestock feeds value chain to support Federal Government efforts in achieving food security.
Mr. Osita Aboloma, Director- General, SON made this known in a statement from a Work Group meeting on Saturday in Lagos.
The Newsmen reports that the meeting was hosted by SON as part of an ongoing Livestock Micro Reforms in Agribusiness (L-MIRA) World bank project on Cattle Feed Value Chain.
Aboloma, who was represented by Deputy Director/ Head Food Group, SON, Dr. Omolara Okunlola said developing the standards would help in improving Agribusiness in the country.
According to him, the new standards will help to counter the adverse effects of COVID-19 pandemic on key sectors such as agriculture.
He explained that the development of the standards was achieved through a consensus of relevant parties, including those in academia.
According to him, the new standards focussed on demands and relevance to animal and livestock feeds value chain to boost agribusiness in the country.
He said that the standards were for Salt Mineral Lick, Blood Meal as ingredients for fish production, wheat Bran, forage, and small ruminant feed for sheep and goats.
“The elaboration of the Standards for Salt Mineral Lick which prescribed the specification for common salt as mineral licks for animal consumption.
“It will ensure proper proportioning of minerals in animal and poultry feeds for effective productivity of animal husbandry.
“Other requirements specified was that of Blood Meal as an ingredient in fish neal production to ensure adequacy in meeting the protein requirements in fish farming.
“The elaboration of the Standard for Small Ruminant Feed was also established,” he said.
Aboloma stated that the initiative would assist feed manufacturers in compounding balance, protein ration and also guide fish farmers in the selection of appropriate feed and feed ingredients.
According to him, it will also guide feed manufacturers in compounding balanced ratios for small ruminants such as goats and sheep feeds.
” It will enhance meat and dairy from small ruminant production thereby contributing to the country’s gross domestic product in Agribusiness.
” The elaboration of Standard for Small Ruminant Feed Premix was found necessary because  small ruminants (sheep and goats) are increasingly becoming major sources of animal protein,’ he said
According to him, a recent survey indicates that small ruminants contributing over 30 percent of total meat supply in the country.
“The standard is, therefore, to guide premix manufacturers in compounding premixes for small ruminant’s feed and also Feed millers and livestock farmers their choice of feeds.
“We also elaborated the Standards for Wheat Bran as a livestock feed because of its high demand due to its nutritional value, cheap source of protein, and high fibre content.
“The Standard for conserved forage feed for ruminants was established to assist and guide the feed producers in production and processing of forages for ruminants,” he added
The SON boss said the standards when approved, would enhance the production of small ruminant and preservation of forages
“Forages are the most important feed resource for ruminants worldwide, which needed to be properly processed and stored in line with best practices.
“We know most crops are seasonal and need to be cut, dried, and conserved as pasture since there is large variability in the quality of forages.
“Therefore, measurement and production of feeding value and nutritive value are essential for high levels of production,” he said.
MORE READING!  Pfizer Nigeria wins Great Place to Work Award
Related Topics:livestockSon
Up Next