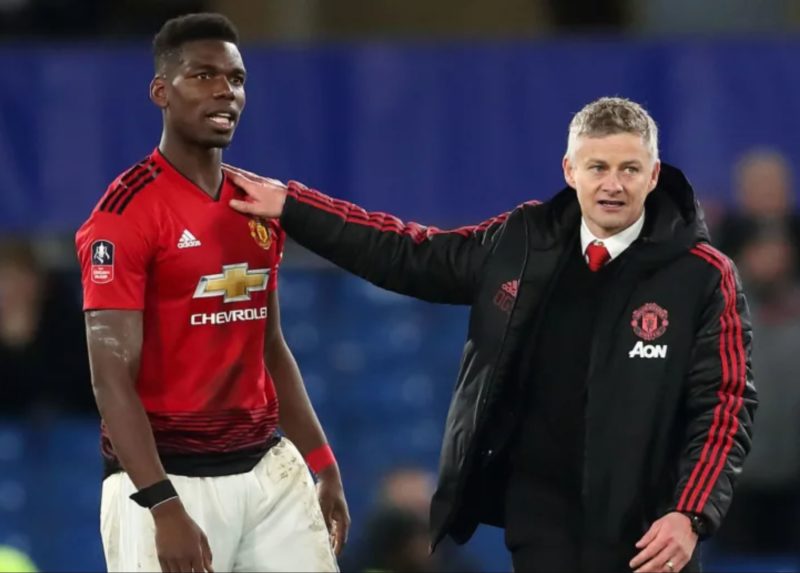 Pogba who returned to the club from Juventus in 2016 for a then world-record fee has been rumoured and openly expected to leave the club when his contract expires in 2022 after United triggered the one-year extension clause in his deal.

Although there have been comments from his camp about the need for United to sell the world cup winner, including his outspoken agent, Mino Railo and his brother, Mathais but the 27-year-old has stated that he is focused on United and last week, Pogba said he would “speak with the club and see what’s going on”.

Speaking on Poogba’s future ahead of the clash against Everton,  Solskjaer said: “Speculation about Paul is always going to be there.

“We’ve got a good open dialogue with Paul, so what we talk about and how we see that situation remains between us of course.

“I’m just happy he’s focused, he’s playing really well and he’s happy in himself and that’s important. You can see Paul now enjoying playing football with a red shirt on.”

United were without Pogba for the record-equalling 9-0 mauling of Southampton and the Frenchman would be expected to return for the Reds when Everton comes visiting today.[Sky Sports]

We are in Akure to defeat Sunshine Stars—Biffo