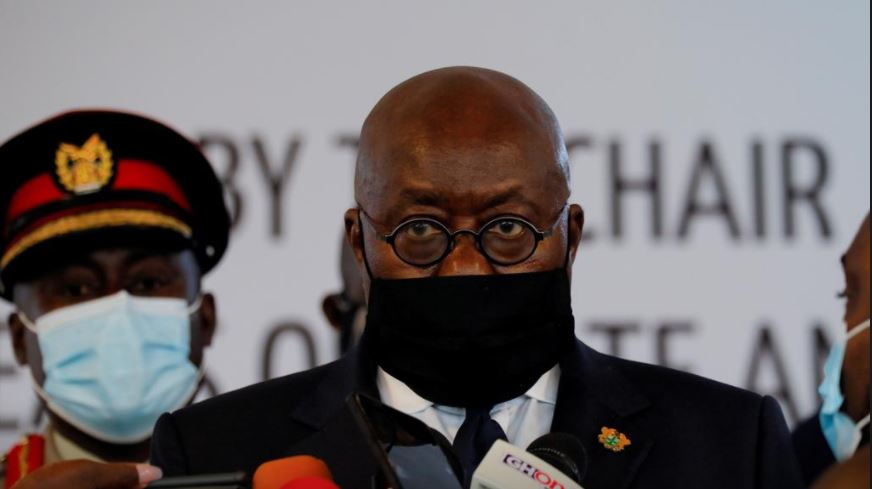 Soldiers entered Ghana’s parliament to break up a scuffle between rival lawmakers at odds over last month’s elections, hours before President Nana Akufo-Addo was due to be sworn in on Thursday.

The clash underscored the deep tensions following the Dec. 7 election that has led to rare unrest in Ghana, a major cocoa and gold producer seen as a bastion of democracy in West Africa.

It started when one member of the parliament from the president’s NPP party snatched some paper ballots during an overnight vote to determine the house speaker, according to a source who was present.

MORE READING!  Elite German soldier on trial after weapons found in his garden

It was not immediately clear why the lawmaker was angry.

Last month’s elections left a hung parliament, without a dominant party to push through the appointment of the speaker and other key posts.

Footage on local television showed politicians, many of them unmasked, pushing and shoving before about 20 soldiers entered the chamber.

Ranks of MPs then faced each other and chanted over a dividing line of masked soldiers and police.

Eventually, Alban Bagbin, the candidate from Ghana’s other main party, the NDC, was voted in as speaker.

“The attempt to snatch ballot papers … and the invasion of the Chamber by armed military personnel are images one had never expected to see in our 4th Republican Parliament,’’ said losing presidential candidate, John Mahama, in a Facebook post congratulating Bagbin.

The incident occurred as preparations were underway for the swearing-in of Akufo-Addo for his second term at a ceremony on the parliament grounds.

Dignitaries from across Africa are expected to attend.

Akufo-Addo was declared the winner of last month’s election with 51.59 percent, ahead of former President Mahama, who got 47.37 percent.

Mahama’s party has said it will contest the results in court, alleging fraud though it has not published evidence.