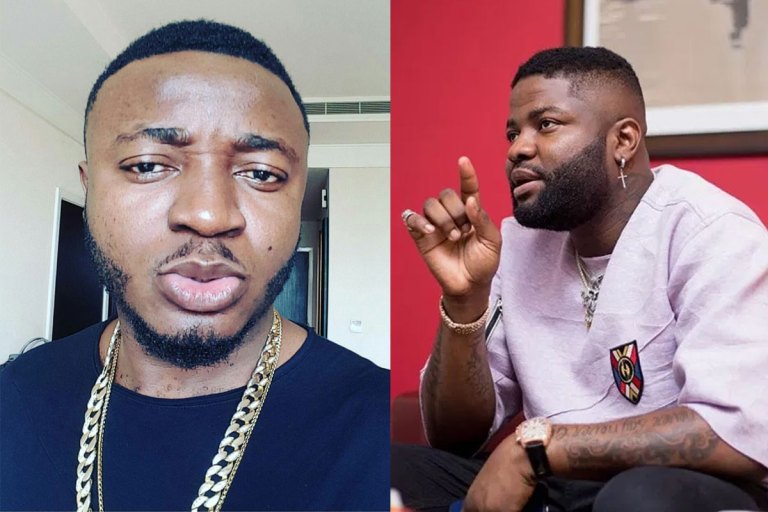 Nigerian singer, Skales has threatened to beat his colleague, MC Galaxy after calling him names.

Although Skales did not disclose what transpired between them but it was clear the duo are not on good terms.

According to Skales, Mc Galaxy is ‘a stupid, smelling, fvck boy.’

Skales who took to his Insta Stories to make their fight public, wrote:

Shortly after he made the Instagram post, the other aggrieved party (Mc Galaxy) who also doubles as a producer replied his colleague.

In his response, MC Galaxy described Skales as a broke boy who collects money from women.

He added that the ‘Booty crooner’ should notify him when he is ready for the fight he seeks.