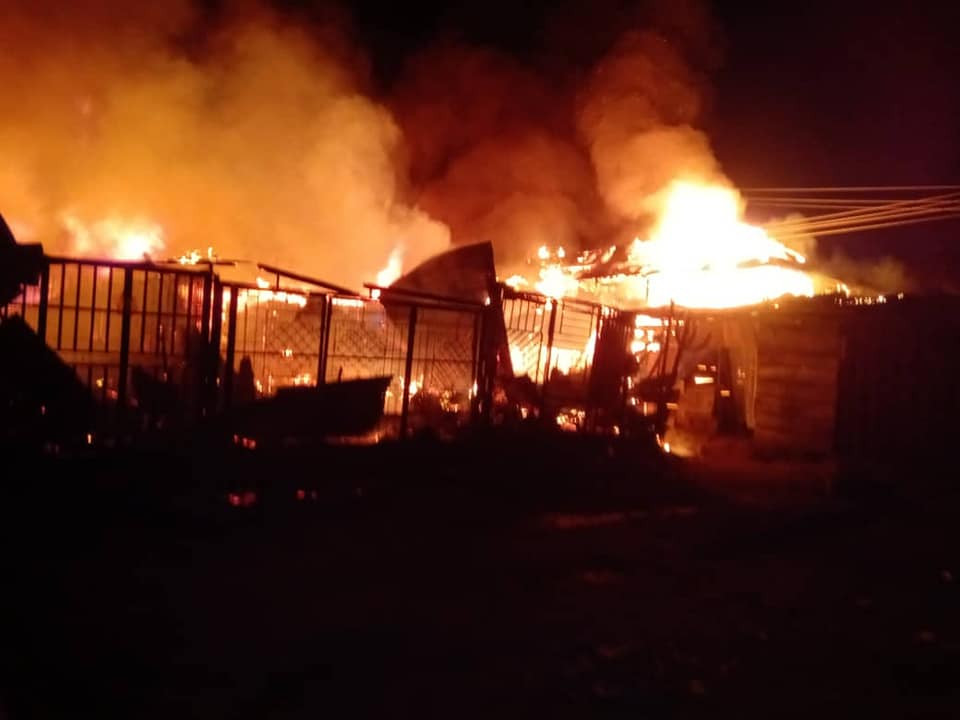 No fewer than six shops, including a sports betting outlet, were razed by fire on Thursday at the Ogudu Police Barracks in Lagos State.

Okunbor said that the fire was, however, put out by a combined effort of the Lagos State Fire Service and LASEMA.

He said that the incident occurred in the morning and the cause yet to be known.

According to him, the fire started from one of the shops.

“Though six from the 17 shops were razed in the incident, 11 were salvaged and the fire totally extinguished by the combined efforts of the agency’s response team and the Lagos Fire Service,” he said.

Two fashion design services shops, a pawn shop, an event planning wares shop, a sport betting outlet and a barber’s shop were razed by the fire, according to Okunbor.

“There were 17 shops in total, six were damaged by the inferno while eleven were salvaged.

“The cause of the incident is yet to be ascertained,” he said.

It was gathered that no life was lost and no injury was recorded from the fire.