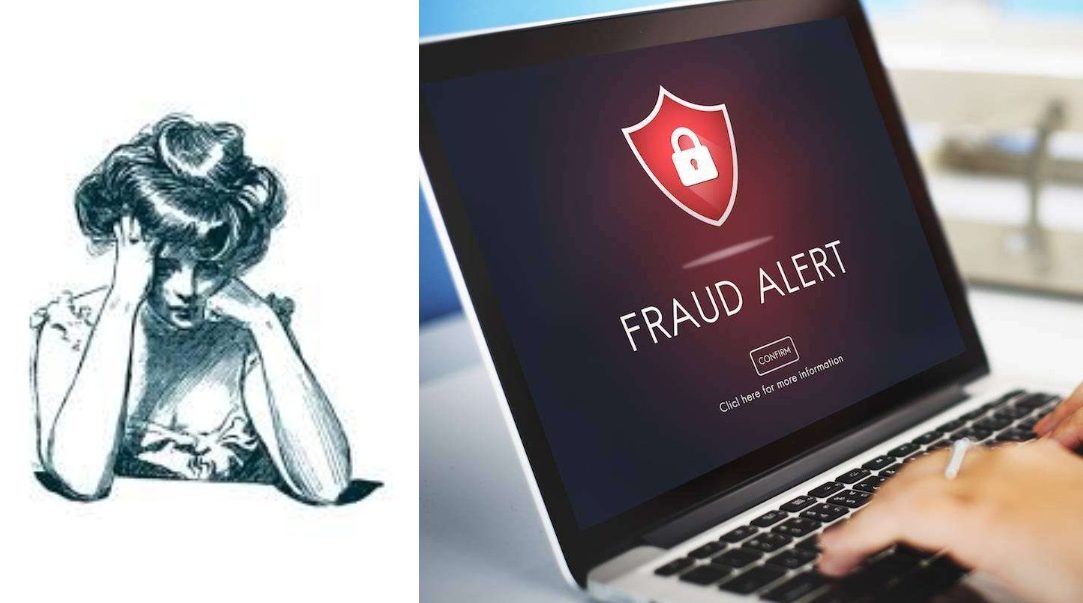 A Nigerian single mother has taken to social media to call for help after her bank accounts were allegedly frozen on the orders of the Economic and Financial Crimes Commission (EFCC) for alleged fraud.

Tweeting via a newly-created Twitter handle @singlemom1313, she narrated how she has been unable to access funds in her bank accounts including her salary account domiciled in Guaranty Trust Bank (GTB).

She said trouble started on May 28, 2019, when she went to a branch of GTB in Ikoyi to validate her account with her NIMC ID card but to her surprise, what she thought would take few minutes ran into hours, as she delayed at the bank before she was transferred to Zenith Bank where the restriction order on her account was effected.

On getting to Zenith Bank, she said, despite being heavily pregnant at that time, she was detained at the bank through the night before she was eventually whisked away to the EFCC zonal office in Ibadan the next day.

She was informed that her Zenith bank account was flagged after it was used to defraud people of millions of naira on the internet, an allegation she claimed she knew nothing about, saying she has not used the account for a long time and only had N91 as balance.

She said during the time of her detention at the bank and EFCC custody in Ibadan she was five months pregnant.

Eight months after the case started, @singlemom1313 said the restriction placed on her account is yet to be lifted as she has been borrowing money from friends and family to survive.

She revealed that she decided to open a new Twitter account to share her story after she was advised by her brother that she could get help via social media.

“On the 28th of May, 2019. I went to @gtbank at St Gregory’s road Ikoyi to validate my account with my NIMC Id card because I couldn’t make withdrawal and transfers from my account…the bankers there delayed me with the excuse of having sent a mail and waiting for response after about an hour of waiting, they called on their branch manager who came and pretended like she wanted to assist, only for me to be told after another 30 mins that my account had been restricted (BVN restriction) by the EFCC.

“This means that I couldn’t access all my bank accounts including my salary account and I have to wait for questioning from them. I waited till they came and took me to their office at Ikoyi, they said “that my @Zenithbank account number was seen on a fraudulent Facebook page and there is a petition that it’s been used to defraud people of millions of naira. I tried to explain to them that I knew nothing about it and the account in question isn’t even my active account and I have just #91 Naira (at the time) in it but they insisted and kept me in their custody till the next day 29/05/2019. In the morning they came with a bus from Ibadan and took me to Ibadan (on the 29th). When I got to Ibadan, I was told to write a statement which I did, after which I was told to leave that same day after writing my statement

“During this time, I was 5 months pregnant, visibly heavy and it was already evening, I couldn’t travel back on that day so I called my brother and he arranged for me to stay with his friend in Ibadan till the following day when I could travel.

“Since then, I have reported twice to EFCC office in Ibadan, the IPO in charge, Mr Seun, told me he would speak to the Zonal head to lift the restriction placed my bank accounts. When all these happenings started, I rallied round my family members to raise 100k to hire a lawyer (Bar. Smart) to assist and advise me, this lawyer claimed that the 100k I paid was to ensure that I wasn’t detained in EFCC custody in Ibadan (for something I knew nothing about). Hence, helping to remove the restriction on my account isn’t inclusive as part of the service he should render. And I didn’t have anymore money to pay at the time because all my money was in my salary account and I couldn’t access it, so I just left him.

“For months, I kept calling The IPO (Mr Seun) in charge as regards removing the restriction on my account but he kept saying one story after another until one certain day I called him and he told me never to call him again that I should get the culprit arrested and bring him to them if I wanted my account opened. I recorded many conversations with Mr Seun as regards removing the restriction on my account to keep as proof cos I had a feeling this day would come. I remember on one occasion, in one of the many calls, he asked me to go and pray for myself that I had a spiritual problem.

“Now, my baby boy is about 3 months old, and my account hasn’t been opened yet and the IPO isn’t doing anything about it because as he claims I have to be the one to get the culprit arrested and I don’t know how or what to do? I also told the IPO in charge to print out my bank statements that I would give a detailed explanation about my income and all expenses on the bank statement, but he said Zenith Bank has refused to give them to him, hey are delaying to do it. He also said that Zonal head told him not to bring my file before him again. I have even gone to the police (which branch) to assist in apprehending the culprit but they charged me 100k before they would help me. And I can’t afford that.

“For 8months now, I have been living off family members and borrowing money from friends to survive. The debt is pilling up and I can’t continue like this. My rent expired last year December and I had to get another apartment (Because I had planned to move out of where I was living and was saving towards getting a better place for me and my baby), with the restriction on my account, I couldn’t access my savings, I had to borrow money from friends and support from family members to raise the new rent. As I am writing this now, I’ve accumulated debt of almost 500k which I don’t know how to offset because my salary is still being paid to my salary account and I haven’t been able to remove this restriction. I need help, please.

“PS: I am not writing this to defame anyone or downplay the efforts of the EFCC, police or any law enforcement agency in carrying out their jobs, If there is anyway I can help them get the culprit so they can catch him, they should tell me, I will help. I only brought this here because my brother advised me to, he said I may find help here since all my months of calls didn’t yield result. Please, I just need the restrictions on my account removed so I can offset my debts and move on with my ‘single mother’ life. Please I need help.”

On the 28th of May, 2019. I went to @gtbank at St Gregory’s road Ikoyi to validate my account with my NIMC Id card because I couldn’t make withdrawal and transfers from my account…the bankers there delayed me with the excuse of having sent a mail and waiting for response…