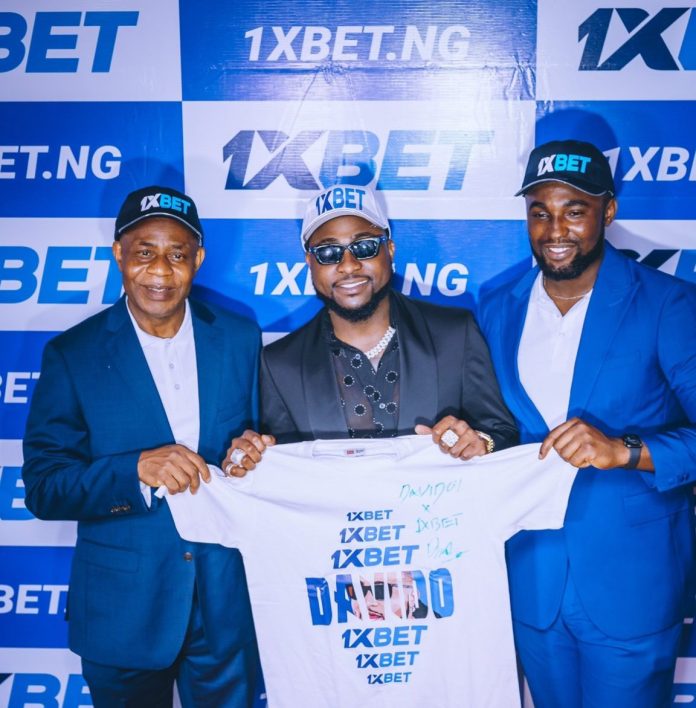 Award-winning singer, David Adedeji Adeleke famously known as Davido, has announced a multi-million endorsement deal with one of the sports betting company, 1XBET.

The DMW boss and record producer disclosed this to his fans, on Tuesday, stating that he will be unveiling another partnership with a brand later in the day.

He made this known on his Twitter page where he wrote;

“Announcing another partnership with an Amazing brand later today . God is good”

Announcing another partnership with an Amazing brand later today . God is good

Recall that the songwriter had on Monday declared his son “Ifeanyi” on Monday as his ‘heir apparent,’ a decision that triggered the reactions of his fans.

While sharing exquisite photos of the boy whom he christened David Ifeanyi Adedeji on the social media platform, the 29-year artiste captioned it “Heir Apparent.”

Davido’s baby mama, Sophia, has also reacted to his post over “Ifeanyi” as she throw  shades after the singer had said that Chioma’s son is his heir apparent.

Not comfortable with Davido’s statement, Sophia took to her Instagram story to throw shades at the singer.