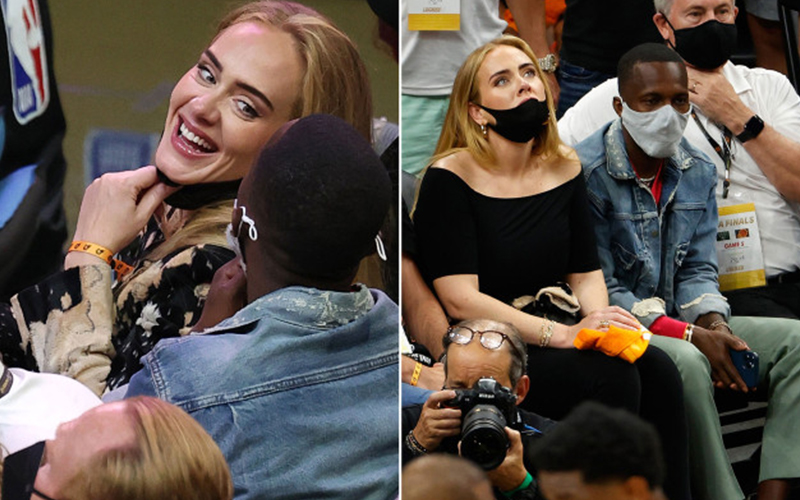 Queen of heartbreak songs, Adele, is reportedly dating NBA superstar, Lebron James’ agent, Rich Paul, for a few months, according to a source.

People reports that the 33-year-old British songstress and Paul, 40, were seen together in public for the first time on Saturday, as they sat side-by-side for Game 5 of the NBA Finals, where the Bucks bested the Suns 123-119.

The American entertainment magazine added that ESPN’s Brian Windhorst broke the news on The Lowe Post, telling listeners Paul brought “his girlfriend to the game to sit next to LeBron.”

Adele shares an 8-year-old son, Angelo, with her ex-husband, Simon Konecki – the couple split in 2019 after seven years together and they finalized their divorce in March.

She was rumoured to be dating British rapper, Skepta, and last October, a source said that the pop star was “having fun” with the rapper. “She’s been a lot more social and opened up quite a bit,” said the source.

Paul who also represents Ben Simmons, Anthony Davis, Lonzo Ball and more had referred to Adele during an exchange with his longtime advisor Adam Mendelsohn, according to a New Yorker profile released in May.

“She was over yesterday,” Paul reportedly told Mendelsohn, who then dropped “the name of a major pop star.” Paul then clarified: “I’m not dating. I’m single. Put that in the story.”

Paul who is the founder of Klutch Sports Group and the head of UTA Sports had reportedly been in a serious relationship with Tobey Maguire’s ex-wife Jennifer Meyer.