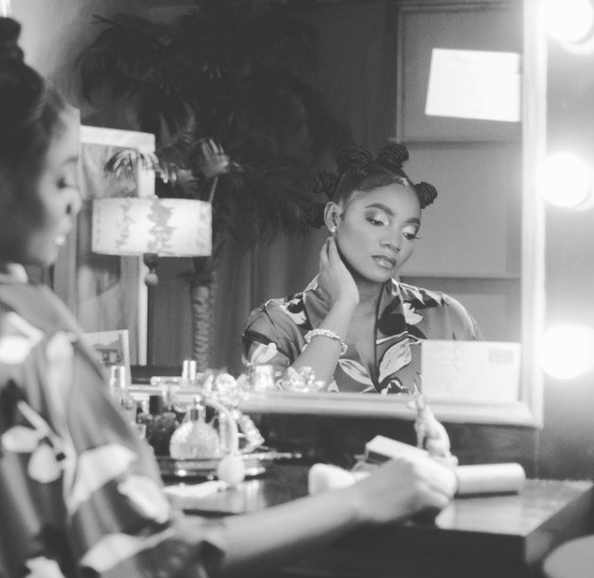 Singer and songwriter, Simi has taken to Twitter to share the frustration of being a female artiste in the music industry.

The mother-of-one disclosed that female entertainers are not as lucky as their male counter in industry.

She concluded by saying that female artistes have to be better than an average male artist to make it in the industry, adding that she was yet to see a mediocre female artist make it.

“Tbh some of the things I’ve experienced – specifically as a woman – in this industry. Lol. They will try to pit you against other women. Try to redefine your value. Try to get in your head and remodel your self esteem. And I have even had it easier than many…

“Ati executive oh. Ati audience oh. It comes from all sides. That’s why I f*ck with any woman that is winning in this industry – because hurdle is much dear. Women can hardly get away with the kinds of things many men in the same industry get away with on a regular.”

The ‘Duduke’ crooner further added that when a woman in the industry stands up for herself, she’s called all sort of names varying from lazy to difficult or even proud.

“For every woman that is making it, there are tons of women that have been broken. If you stand up for yourself, “she’s difficult”. If you’re not a pushover, “she’s proud”. If you take time for yourself, “she’s lazy.” If you ask for what you deserve, “she’s greedy”. Well, f*ck you then.” 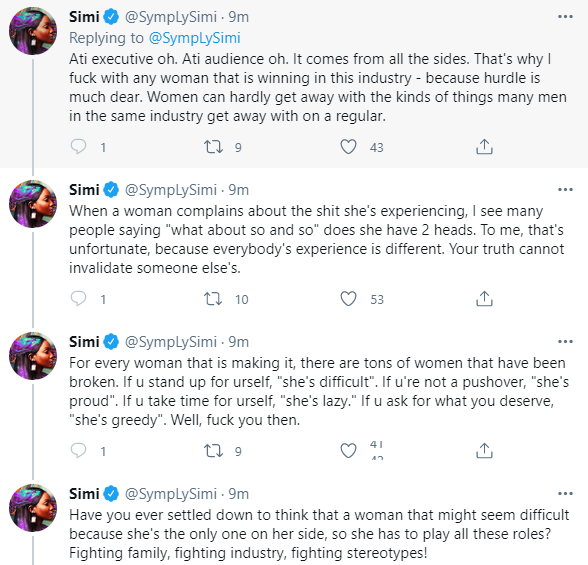