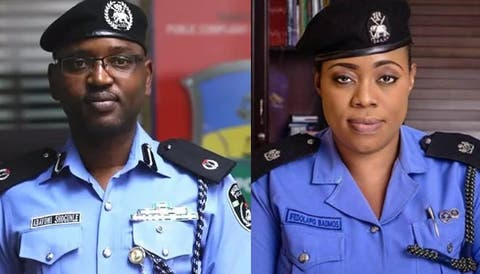 The Nigeria Police Force has dismissed report that it demoted CSP Dolapo Badmus and also ACP Abayomi Shogunle for misconduct.

The NPF through the Police Service Commission debunked the report which said that both officers are in a list of 37 officers purportedly sacked by the force.

Reacting to the list which shows names of officers recommended for dismissal, demotion and sack, PSC spokesman, Ikechukwu Ani, described it as false.

Ani told The PUNCH, “Dolapo Badmus was not dismissed. She had two cases. In the first case, she was awarded the punishment of a reprimand, while in the second case, she was given a severe reprimand. Shogunle was also awarded a reprimand.

“Tochukwu Ogalagu was given the punishment of a reprimand. That was part of the decisions of the 9th plenary meeting of the Police Service Commission. The names of the dismissed officers were published.”

EndSARS: What deploying soldiers on protesters will lead to – Femi Fani-Kayode