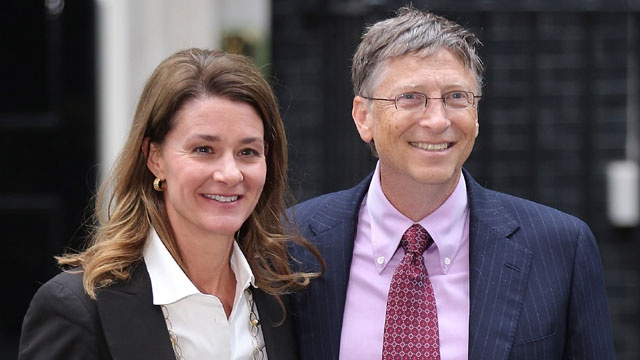 The world has expressed shock at the news that the world’s fourth richest man, Bill Gates and his wife, Melinda have agreed to divorce.

The couple who jointly run the Bill and Melinda Gates Foundation, the world’s largest private philanthropic foundation, announced on Monday they will divorce after 27 years of marriage.

However, the couple promised to continue to work together on their joint project – Gates Foundation.

Nigerians have wasted no time in reacting to the development, which has Melinda sitting comfortably at number 1 on Twitter top trends within the hour the news broke.

“Bill and Melinda Gates parting after 27 years and their divorce announcement is more harmless than what some ongoing lovers exchange. So civil. Love can go rancid but no breakup should be caustic.”

“The news of Bill and Melinda Gates divorcing after 27 years is really shocking! This simply shows that there’s no manual to this

“together forever” thingy jawe. Kudos to all our parents who stayed married for so long, they really tried!”

New York City-based standup comedian, @CaslerNoel had this to say:

Another tweep, Wale Adetona also advised that people should learn to make money first before putting up a bold face.

There were other reactions, like that of @cereal_twit who opined that Bill Gates is a cancer in the world of public health.
His tweet reads:

“Nobody gives a shit. You are a cancer in the world of public health. Stop hoarding patents. Stop fighting vaccine generics. Dismantle BMGF and it’s pernicious influence.”

“65 years old, married for three decades, and divorcing because you can “no longer grow together as a couple.” I’ll never understand it.”