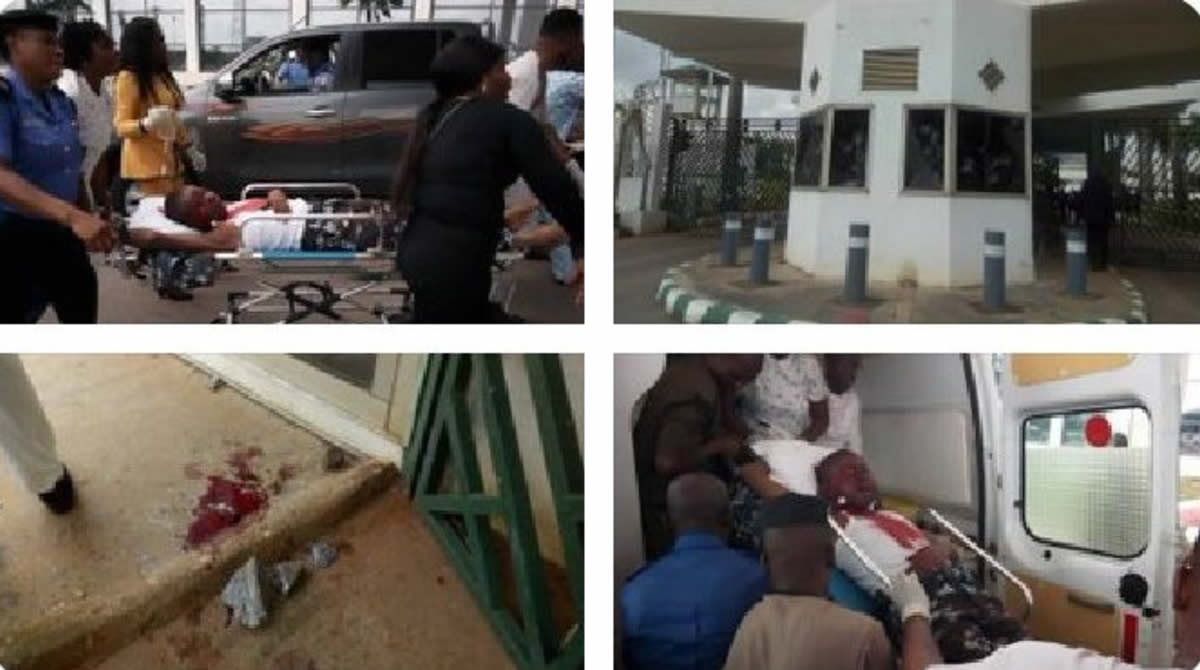 One of the policemen who was shot by members of the Islamic Movement of Nigeria (IMN) better known as Shiites has disclosed that he was shot with AK47 and not a local rifle.

The policeman who had bullet lodged in his thigh was waiting to be taken to the National Hospital, the Nation reports.

“It was not a local gun, it was AK47,” he told his concerned colleagues.

Shiites members had invaded into the National Assembly complex premises on Tuesday, resulting in a bloody exchange with security operatives.

Two of the policemen injured by members of Islamic sect Shiites have been referred to the National Hospital for immediate medical attention from the National Assembly Clinic.

One of them, soaked in blood, was badly beaten by the rampaging Shi’ite members.

The Nation further reported that he was gasping by the time the vehicle that took him to the National Hospital arrived.

Meanwhile, some of the violent protesters have been arrested by security operatives.

At about 2.56pm, a young man in his 20s, alighted from a Sergeant- at- Arms pick up and was led to the Department of State Services (DSS) office for interrogation.