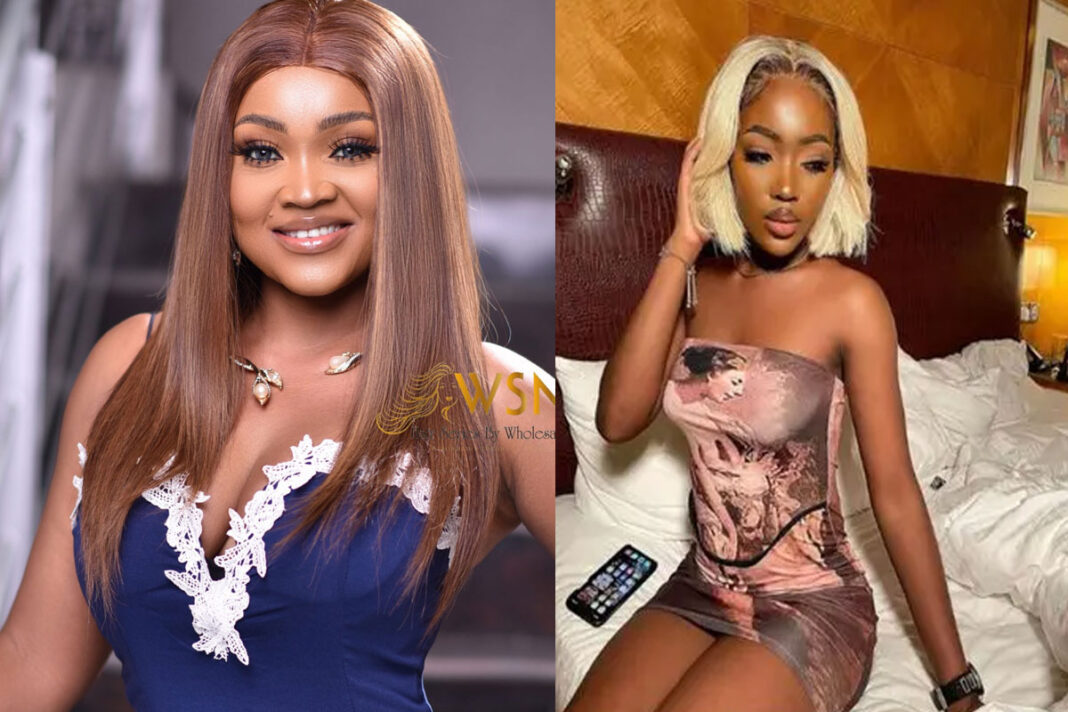 Michelle Gentry had taken to her official verified Instagram handle and shared some beautiful photos of herself in a body revealing dress.

Mercy Aigbe couldn’t just look the other way as she took to her Instagram handle as well and reposted one of the photos and complained about her dressing.

Sharing the photo, the Nigerian actress, director and businesswoman wrote;

Her post garnered a lot of reactions from social media users. some of which agreed with Michelle as regards been an adult.

One Instagram user identified as @tijanitaofik said that her daughter was learning from her.

” learning from you madam”

See other reactions below;

“She is learning from her moma”

In other news, Afrobeat legend, Olufela Olusegun Oludotun Ransome-Kuti, popularly called Fela Anikulapo Kuti has taken over 16k vote lead in the race for the 2021 Rock and Roll Hall of Fame.

The iconic singer who passed away on Aug. 2, 1997, who moved from the bottom of the poll to third behind veteran singer Tina Turner and Fod Fighters is currently number one with over 70k votes after Nigerians canvassed for support for the music icon on Twitter.

I no be your mate, I was gay before you were born, Uche Maduagwu drags Bolu Okupe