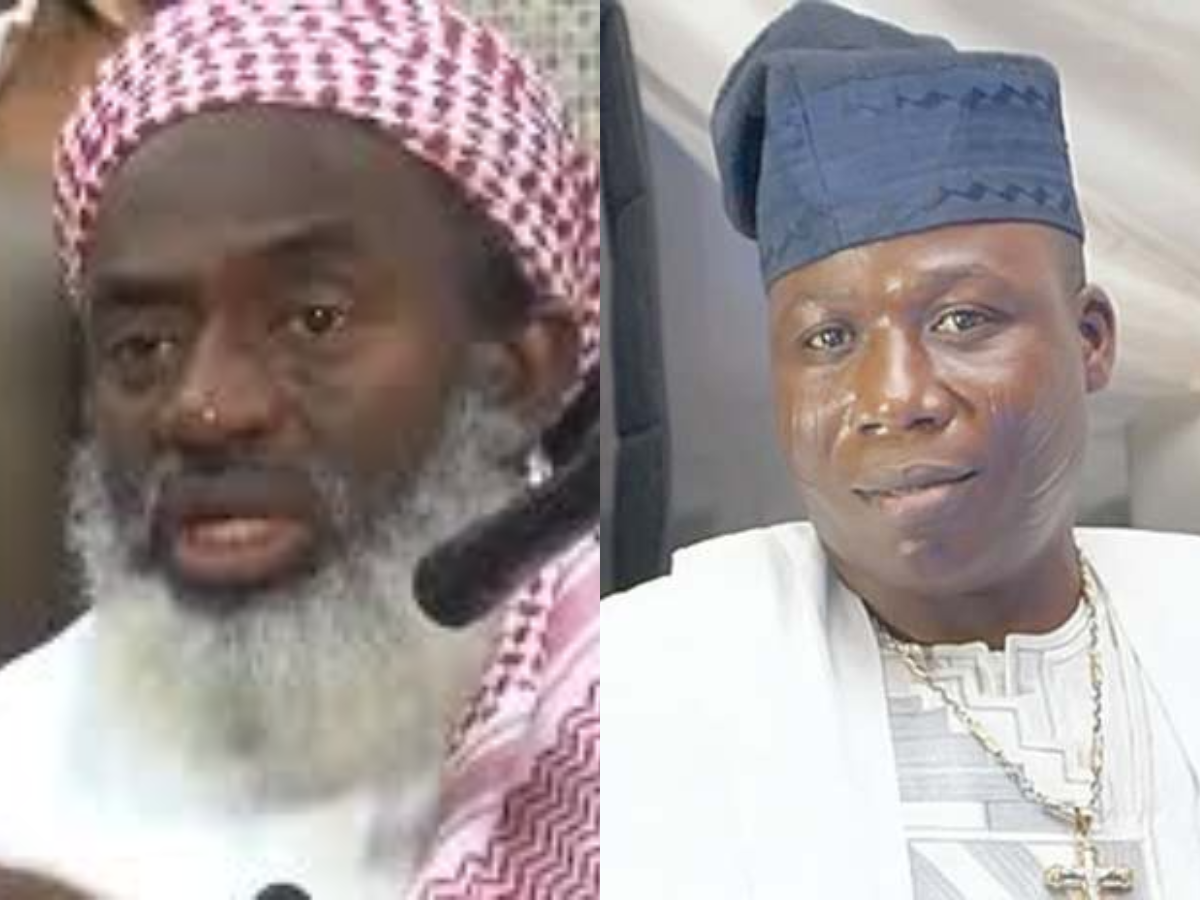 Bello Shagari, the son of former President Shehu Shagari, has opined that popular Islamic scholar, Sheikh Gumi is calling for peace with his approach to recent national issues unlike Sunday Igboho’s approach is a war cry.

Gumi has been reported to have been negotiating with bandits who kidnapped students in the northern part of the country, a move that has attracted a series of criticism.

However, Bello is of the opinion that negotiating with bandits is better than confronting the Fulani Herdsmen accused of numerous killings and kidnappings in the south-west like Yoruba activist, Sunday Adeyemo better known as Sunday Igboho.

Reacting to Gumi’s criticisms on his verified Twitter handle on Friday, Bello revealed he had been told that  Gumi’s intentions would be misunderstood and “it is happening already,” he said.

Speaking to his 52.2K followers Bello said, “When Sheikh Gumi started his mission, someone told me that the man is likely to be misunderstood. It is happening already. The man may be wrong in his approach, but he started it as a means of intervention, after tired of simply being a critic of the govt and the situation.

“Instead of being seen as a brave cleric facing these criminals face to face, Sheikh Gumi is seen, by those who misunderstood, as either the northern interest, government agent and sometimes even as criminal himself.

“He is just a volunteer working on his own. Yes, you can compare Sunday Igoho with Sheikh Gumi in the sense that they are intervening. However, while Sheikh is calling for peace, Sunday is calling for war. The sheikh is not inciting anyone unlike Sunday openly.”

Yes you can compare Sunday Igoho with Sheikh Gumi in the sense that they are intervening.

The sheikh is not inciting anyone unlike Sunday openly does.

Meanwhile, there is no positive news so far on the 40 students and staff members of the Secondary School, Kagara abducted by bandits who had amongst other sophisticated weapons, Rocket-propelled grenade -RPG (number unknown) in their possession.

Earlier reports suggested that Gumi has successfully secured the release of all 40 Kagara school abductees but GOvernor Abubakar Bello of Niger State has debunked the reports as mere rumour until proven otherwise.

Speaking in a subsequest post, Bello schooled Gumi’s critics who were demanding to know those who set-up his meetings with the bandits.

“Some people ask who arranges meetings for Sheikh Gumi with these criminals. And I wonder why they think some journalists do not disclose their sources?

“These kind of meetings were arrange even with Osama Bn Laden at the height of his hunt by America. NGO meet with even BH,” he tweeted.

I was sacked from my hospital job because I’m ‘too beautiful,’ beauty queen reveals