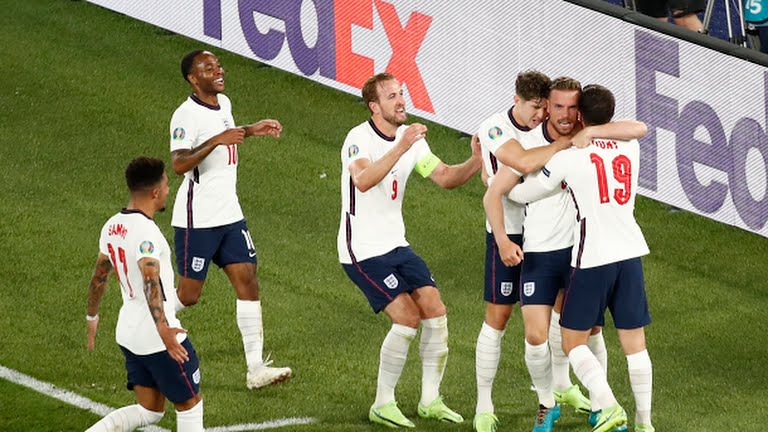 English football legend, Alan Shearer and Gary Linekar have reacted to the Three Lions’ 4-0 thumping of Ukraine in the quarterfinal of the European Championship on Saturday night.

Gareth Southgate’s side have now gone five games in the championship without conceding a goal, scoring eight in four total wins and managing a goalless draw against Scotland.

While Southgate and his men turn their attention to the semifinal match against Denmark at the Wembley Stadium on Wednesday, their performance against Ukraine attracted commendations.

British football legend, Linekar who spent time at Leicester City and Tottenham during his playing days said that he’s “Very proud of our @England football team. They’re a credit to themselves, their families, their sport and their country, both on and off the pitch. Well played and keep it going, lads.”