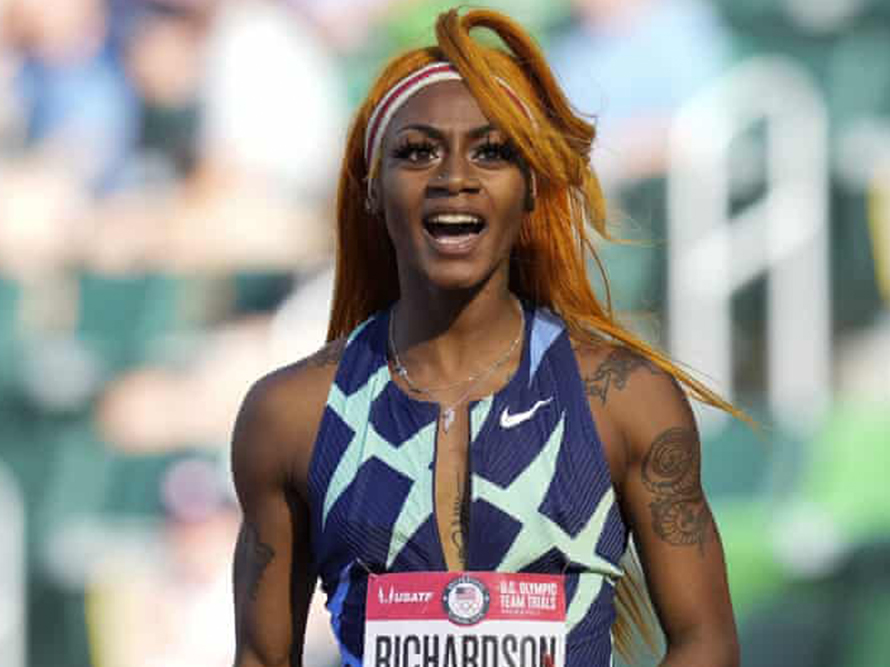 USA Track and Field federation has dropped sprinter Sha’Carri Richardson from the Olympic roster released Tuesday, dashing her hopes of running on the relay team in the Tokyo 2020 summer Olympics.

WuzupNigeria, quoting UK Guardian, reported that Richardson’s hope was left hanging by a thread after she positive test for marijuana, nullifying her win at Olympic trials in Eugene, Oregon, last month and the spot that went with it for Tokyo in the 100m individual race.

The 21-year-old sprinter, who was expected to challenge for Olympic gold, was handed a 30-day suspension that will end before the start of the relays on 5 August, which left open the possibility she could win a medal as part of the 4×100 relay team.

But Richardson’s name was missing from the 130-person roster USATF released on Tuesday night “featuring a bevvy of veterans combined with a legion of 81 first-time Olympians,” the statement said.

Richardson’s disqualification paved the way for the sixth and seventh-place finishers, English Gardner and Aleia Hobbs, each of whom moved up in the pecking order.

USATF added that it was “incredibly sympathetic toward Sha’Carri Richardson’s extenuating circumstances” and “fully agrees” that international rules regarding marijuana should be reevaluated.

“So while our heartfelt understanding lies with Sha’Carri, we must also maintain fairness for all of the athletes who attempted to realize their dreams by securing a place on the US Olympic Track & Field Team,” the statement read.