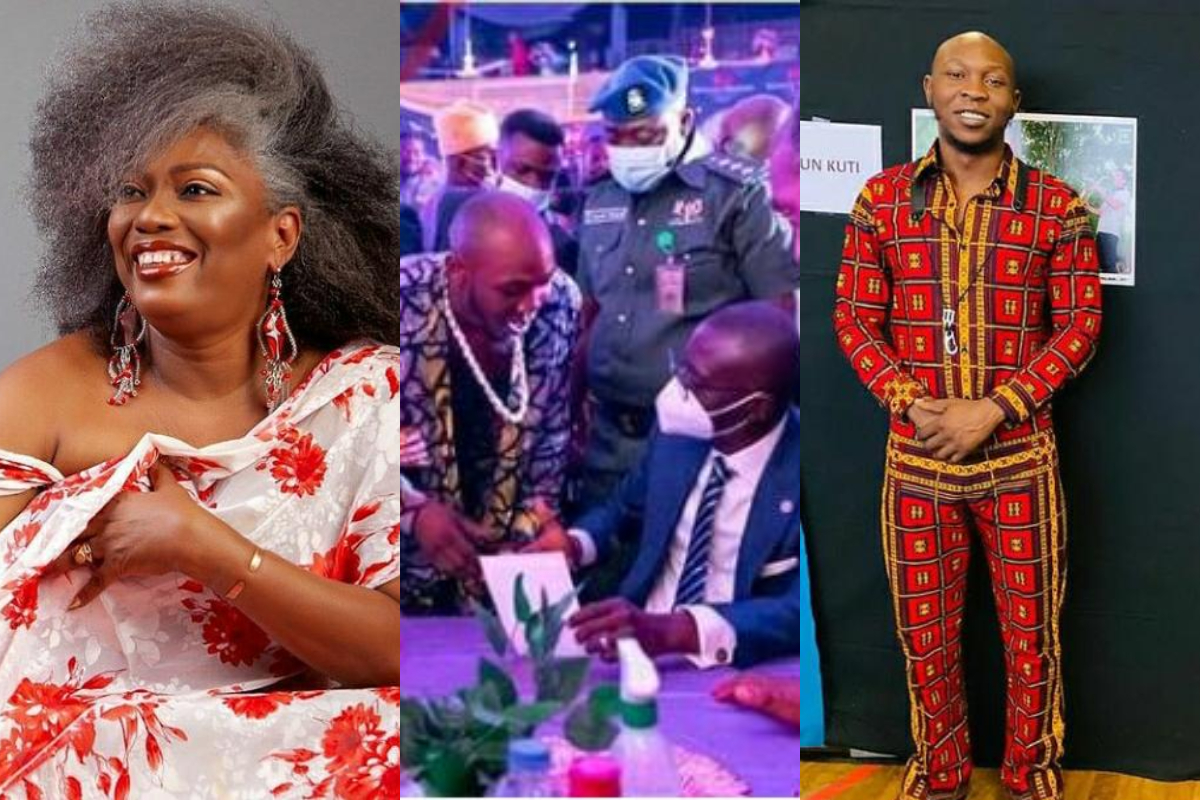 Yeni, a co-host on TVC’s  ‘Your View’ programme made the clarification on the microblogging platform, Twitter, following a viral video showing Seun walking furiously away from the governor’s direction.

According to reports on Twitter,  Seun showed the governor a ‘middle finger’ in the presence of his siblings.

Yeni, however, tweeted that her brother didn’t act in such a manner to the governor.

“What happened was that the security detail in the course of doing their duty pushed his wife.