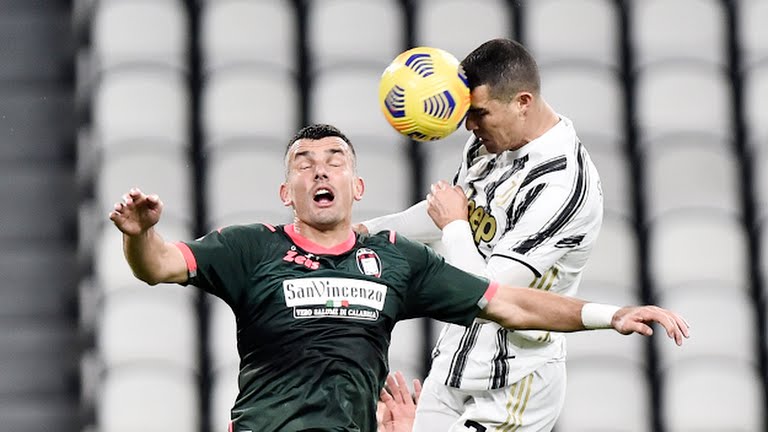 Andre Pirlo’s men were winless in their last three games in all competitions, losing to Napoli and FC Porto, after a goalless draw against league leaders Inter.

Ronaldo scored two headers late in the first half(38′, 45+1′) and unfortunately missed a couple of sitters to bag a hattrick.

American starlet, Weston McKennie killed off the match with a third goal with 66 minutes played after a De Ligt head bounced to the youngster who blasted the ball into the roof of the net.

Juve are now third on the log with a game at hand, four points behind second-placed AC Milan and eight behind Inter who lead the summit.

The defending champions extended their unbeaten run against Crotone to six in the Seria A, though they have drawn the last two matches.

Related Topics:CrotoneJuventusSerie A
Up Next