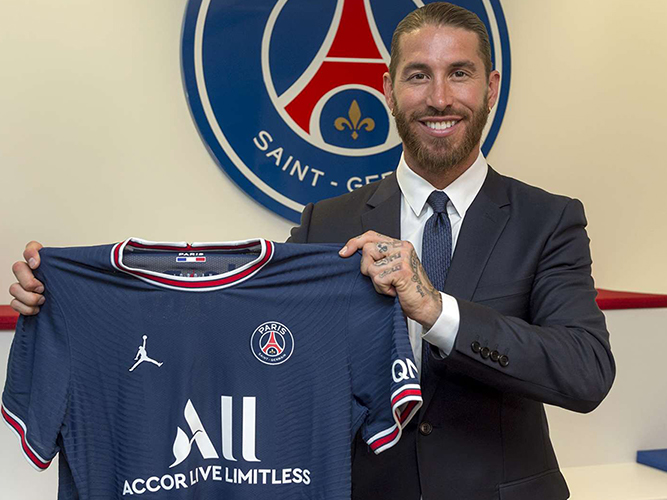 The Spaniard who left Madrid at the end of the season after 16 years signed a two-year contract and is tied to the club from the French capital until 30 June 2023.

“I am very happy to join Paris Saint-Germain.

“Paris Saint-Germain is a club that has already proven itself at the highest level. I want to continue to grow and improve at Paris and help the team to win as many trophies as possible.” Sergio Ramos revealed after signing the contract.

Today, Paris welcomes one of the greatest players of our era. We are delighted to announce that Sergio Ramos has joined us, announced Nasser Al-Khelaïfi, Paris Saint-Germain Chairman and CEO.

Al-Khelaïfi said, “Sergio is a complete footballer, one of the best defenders in the history of the game. He is a born competitor, a leader, and a true professional. His vast experience and ambition are in perfect synergy with those of the club.

“I am proud to see him in a Paris Saint-Germain jersey and I know our supporters will reserve a fantastic welcome for him.”

Ramos is arguably one of the best defenders in the world, scoring 101 goals in 671 matches in the Spanish capital.