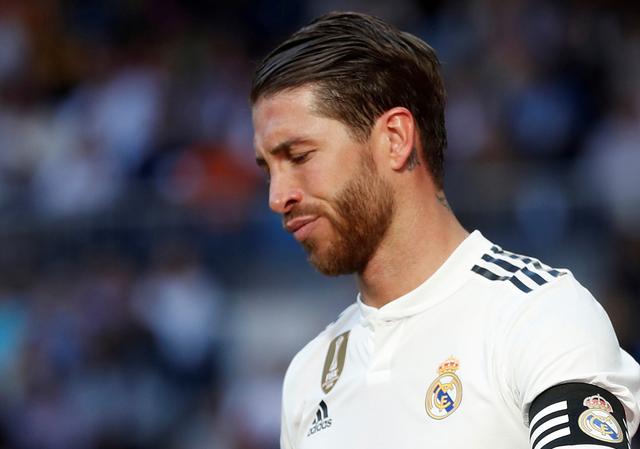 The news comes on Tuesday as Ramos is two weeks into an expected one month sideline having suffered an injury during the last international break with Spain.

The Real Madrid captain will now self-isolate and follow the necessary health measures.

“Real Madrid C. F. informs that our player, Sergio Ramos, has tested positive in the last COVID-19 test that he has taken,” the club said on its official website.

The Spaniard had missed last Saturday’s 2-1 El Clasico win against Barcelona and the  3-1 defeat of Liverpool in the first leg of their Champions League quarter-finals game.

Ramos was last seen in the stands at the Estadio Alfredo Di Stefano last Saturday for the Clasico, cheering and protesting from his seat. At the end of the game he was also in the tunnel, where he followed the dispute between some Barcelona players and referee Jesus Gil Manzano.

Ramos is currently not the only player in the squad to have contracted COVID-19, as his partner at the back, Raphael Varane, is also out of the squad due to a positive test.

Mariano Diaz, Eden Hazard, Eder Militao, Casemiro, Luka Jovic and Nacho Fernandez, as well as Zinedine Zidane, are also on the list of players who have already tested positive for the disease.