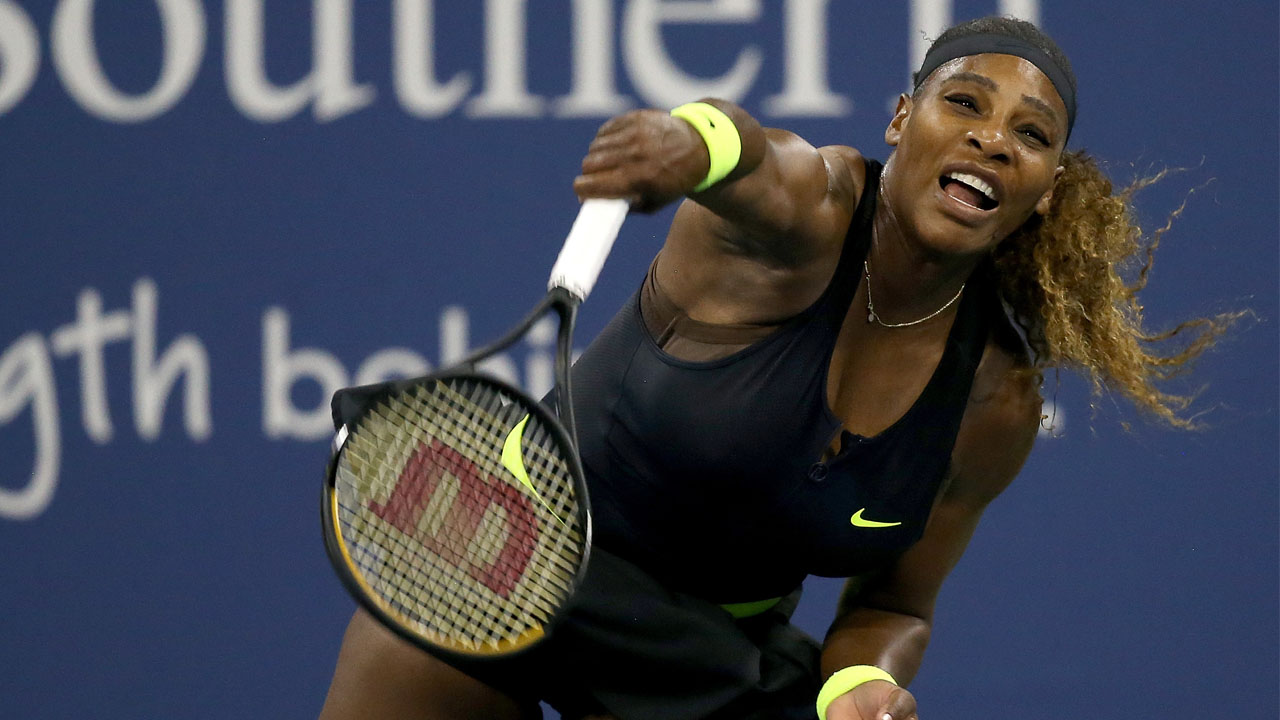 The victory meant she continued her bid for a record-equaling 24th Grand Slam title.

A dominant Williams sailed through the first set at Arthur Ashe Stadium in New York.

She closed out the first game with one of seven aces in the match, before breaking her unseeded opponent’s serve on the second game to take an early 2-0 lead.

The 38-year-old American showed little sign of weakness, aside from a single double-fault and a trio of unforced errors, as she finished off the set in just 35 minutes.

Momentum shifted during the second set, however, as the 26-year-old Gasparyan went on the offensive and the six-times champion committed four double-faults.

The unseeded Russian drew Williams to the net and sent a forehand winner whizzing by her, before forcing her into an error on the next point to break her serve and narrow the lead 3-2.

Williams retaliated, breaking her serve, but Gasparyan refused to back down, eventually leveling the score 4-4.

Williams, a crowd favorite who this year must play without her legions of fans cheering her on, clawed her way back.

She managed to close out a lengthy 16-point game to hold her serve and retake the lead 5-4, psyching herself up shouting “Come on!” inside the empty stadium.

“It wasn’t that frustrating,” Williams said after the match.

“The second set setback will help me know what not to do next time.”

The retractable roof of the stadium was put in place after the competitors warmed up due to rain in Flushing Meadows.

The two played in almost pin-drop silence, with spectators barred from the sprawling Queens campus amid the ongoing coronavirus outbreak.

During a change-over towards the end of the contest, Williams told the chair umpire she felt like she was “sprinting” to manage her on-court towel.

It was really one of the many new health requirements of the COVID-19 era.

“I don’t have enough time,” she said. “I don’t want to get a warning but this is not normal.”

U.S. threat to pull WADA funding could leave Americans out of Olympics