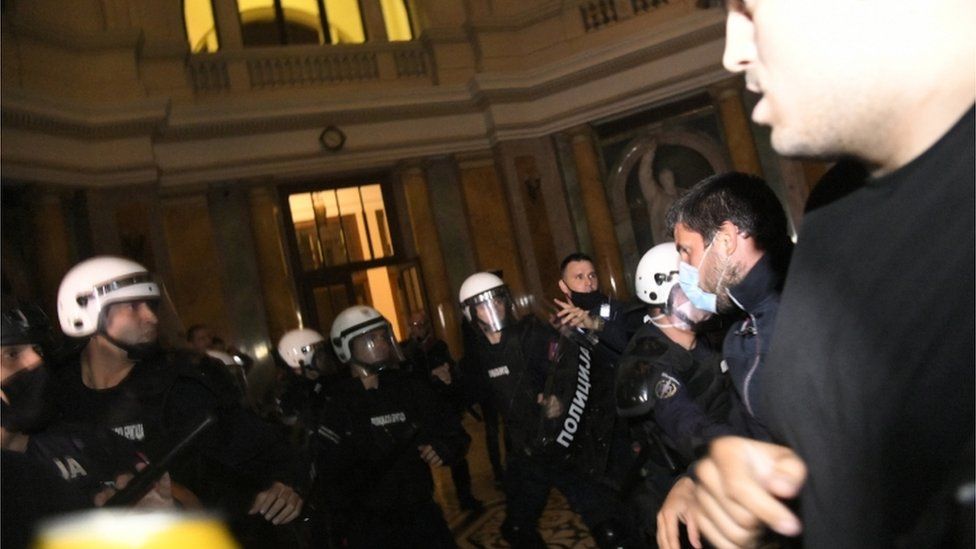 Serbian police were forced to break up several parties in Belgrade over the weekend that were incompatible with the country’s coronavirus regulations, local media reported on Monday.

On Saturday, Serbian authorities broke up a gathering of 1,000 people in a club in central Tasmajdan Park.

On Sunday, police cleared out a popular pub at an old exhibition center in the suburb of Novi Beograd, or New Belgrade, where 600 young people were having a party.

In another raid on a club on the outskirts of Zvezdara, officials came across 150 partygoers.

Authorities arrested at least five alleged organizers of the events, as well as three people who resisted arrest.

There is a comparatively mild lockdown in place in Serbia.

Restaurants and entertainment venues are allowed to open until 8 pm.

The country has a high infection rate compared to its EU counterparts, however.

Since the beginning of the pandemic, 4,230 deaths have been reported in the country of just under seven million inhabitants.

MORE READING!  Return to work within 24hrs or forfeit your salaries, Wike warns striking doctors
Related Topics:BelgradeCoronavirus
Up Next