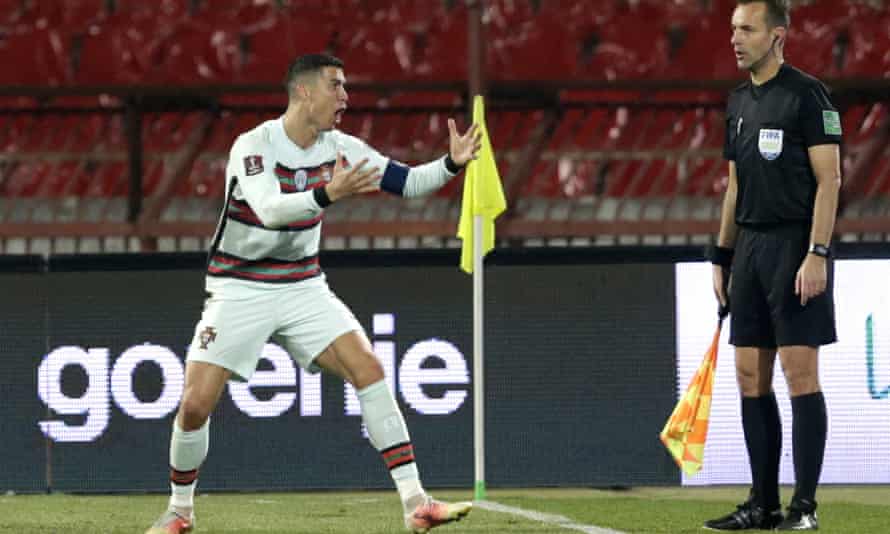 Referee Danny Makkelie has apologised to his team after disallowing Cristiano Ronaldo’s late goal in their 2-2 draw against Serbia on Saturday, says Portugal manager, Fernando Santos.

The Juventus forward thought he had won the match for Portugal in added time of the World Cup qualification match but his cool finish was denied.

Serbia came back in the second to cancel out Portugal’s 2-0 lead but captain Ronaldo drew home what looked to be a dramatic later winner.

However, the Dutch referee and his assistants judged that Serbia defender, Stefan Mitrovic, cleared the ball, even though replays showed that the ball clearly crossed the line.

But Santos told reporters that, “The referee afterwards saw what had happened and came to me to apologise for the mistake.”

Speaking further, Santos said: “I don’t have an explanation [for the result]. I just can’t bring myself. We studied Serbia.

“We knew how to play them, like we did in the first half. We knew they could change it up, and had the players to do it. Serbia started the first half well and scored.

“They tied the match but we reacted well, creating opportunities. At the end, the ball was half a metre in but it was not given. It would have been a just result if it counted.

“Of course, it does not make up for the fact that we didn’t do well enough. But, if we had the ball in the goal, it should have counted.”