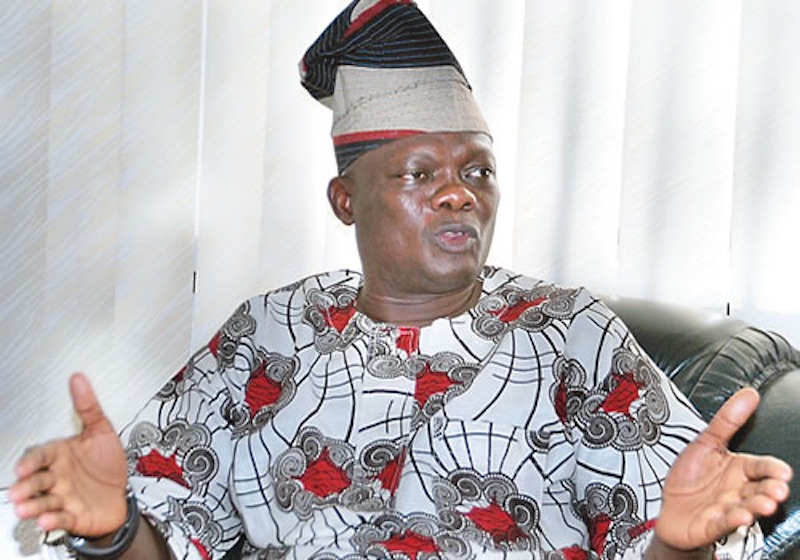 At least 2,000 people across 20 local governments in Oyo State have benefitted from the empowerment programme organised by Sen. Teslim Folarin (APC-Oyo Central).

The beneficiaries, who stormed Ilaji Hotels and Sports Resorts in Ibadan on Friday, went home with different equipment and items.

It was reported that the empowerment programme attracted prominent lawmakers, APC leaders and stakeholders across the state.

Folarin, the Chairman Senate Committee on Local Content, urged party members to remain loyal and committed to the party.

“Our members need to eschew all activities capable of causing division in the party. We all know that with unity and absolute commitment, we are sure of victory in future elections.

“I believe in party supremacy. We thank our leaders and party faithful for giving us the opportunity to serve in this capacity.

“I thank President Muhammadu Buhari and APC National Caretaker Committee Chairman and our leader, former Gov. Adebayo Alao-Akala, for their efforts towards building a formidable party,” he said.

He said that the empowerment programme was part of the dividends he brought to his constituency, promising to do more aside assurance of quality representation.

MORE READING!  Lady narrates her experience after tracing her husband to widow’s house

The former senate leader said that the empowerment programme was extended to Oyo South Senatorial District to carry them along.

Folarin, however, raised alarm over an alleged huge borrowing by the Seyi Makinde-led administration in the state.

Buhari said that he and Folarin would do more, promising to also extend his next empowerment programme to Oyo South Senatorial District.

Lawmakers at the green chambers, Segun Odebunmi (APC-Surulere/Ogo-Oluwa) and Akeem Adeyemi, in their separate remarks, commended Folarin for always reaching out to the people.

The duo called for unity and commitment of members to the progress of the party, saying APC remained the party to beat.

Meanwhile, Alao-Akala, the APC leader in the state, called on party members to shun all divisive actions capable of denying the party its deserved victory.

The former governor promised to reach all stakeholders within the party to unite and to urge those outside to return to build a formidable team.

According to him, politics is about welfarism, calling on members to stop dividing the party on the basis of progressives and conservatism.

Alao-Akala commended the lawmakers for their people-oriented programmes and quality representation, urging them not to relent in doing more.

Related Topics:empowersoverSen. Folarin
Up Next