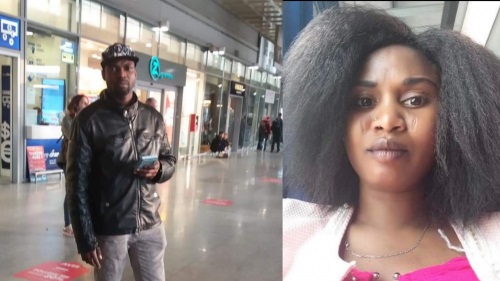 Details have emerged on how a Nigerian man, Moses Osagie allegedly killed his wife, Temitope in Italy.

According to Sahara Reporters, he has been arrested.

The brother of the deceased, Sunday Obalakun confirmed the arrest of the suspect by the Italian police, said he spoke to his sister 20 minutes before the incident happened.

“Though they had been having differences before the incident, the husband had said it several times that he would kill her and nothing would happen, and that was exactly what he did on Sunday.

“We are appealing to the Italian government to take the necessary steps so that my sister won’t die in vain; she was a key member of the family.

“Likewise, I want them to release the body of my sister to the Nigerian government so that she will be buried according to our culture.

“She was a family lady; she was close to all her family members and very caring. She was kind-hearted and emotional like every Nigerian lady. She had three children with him.”

There have been a number of similar cases involving Nigerians abroad.

For instance, on December 18, 2020, Benjamin Okigbo, a US-based Nigerian doctor, strangled Theresa Okigbo, his wife, to death before killing himself at their home in Greatwood, Texas.

Lagos mom mobilises ‘men’ to deal with man dating her teenage daughter, they killed his friend instead