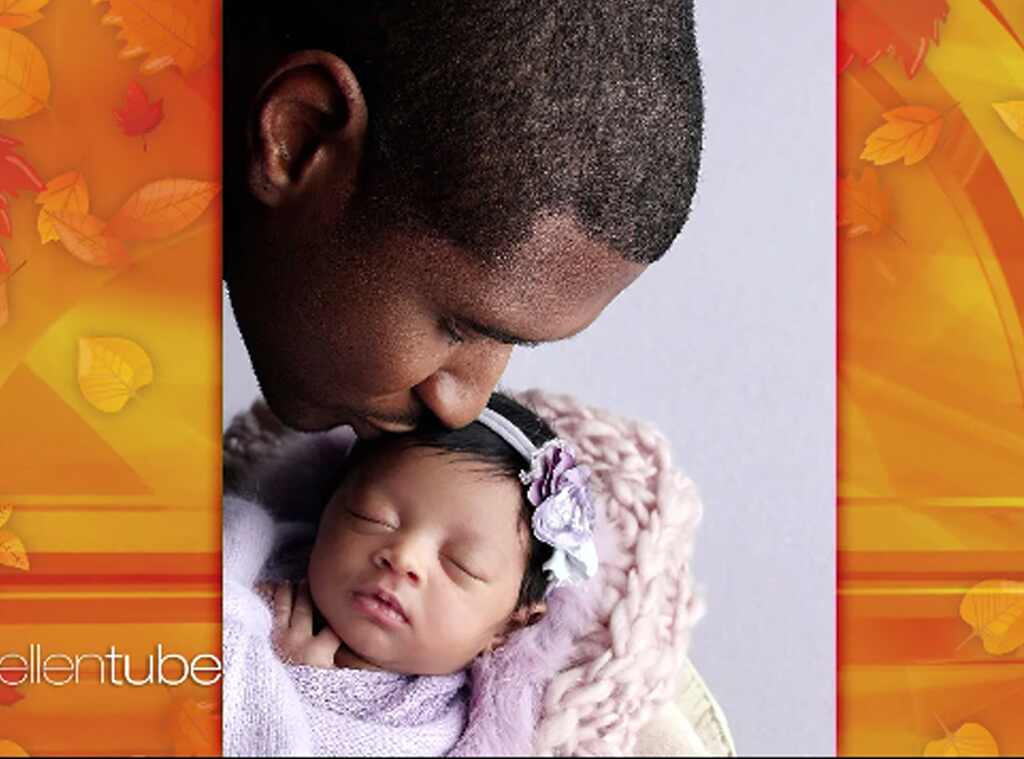 American singer-songwriter, Usher has finally shared a photo of his lovely newborn daughter, Sovereign, two months after her birth.

Usher announced the arrival of Sovereign Bo Raymond, his first child with his girlfriend Jenn Goicoechea back in September.

In a virtual appearance on The Ellen DeGeneres Show on Wednesday, Nov. 11, the singer opened up on the baby’s early arrival in September rather than November.

“She came out early. She was scheduled to be a Scorpio but decided she had a different plan. Libras, you know, they kinda have their minds made up on what they wanna do.”

MORE READING!  Be wary of who you open up to, says Dbanj’s wife, Lineo

“It’s funny because the umbilical cord was wrapped around her wrists,” he added. “So she’s pulling the thing, like, ‘Pull me outta here, it’s time to go!'”

The excited father further revealed that Sovereign has left a mark on his eldest children, Usher Raymond V, 12, and Naviyd Ely Raymond, 11, as well as his mum

According to the singer, Ely and Usher V “are excited about being big brothers.”

“As they get older, I’m less cool of a dad,” Usher explained of how his sons see him these days. “So now I’m starting this whole cycle over again and I’m kind of the apple of her eye right now.”

“My mom, with all of the kids, she gives them their own room,” he told Ellen about his children and niece. “I’m like, ‘Mom, you’re kind of out of space, what are you gonna do?’ She’s like, ‘Oh no no no no, she’s gonna have her room. She’s just gonna take your room.'”

MORE READING!  I lost movie roles because of refusal to have s*x - Chioma Grace Ifemeludike

“She’s kicking me out,” he said with a laugh. “I’m sleeping on the couch and Sovereign, she now has my old bedroom. But it’s cool.” [E News]

Cardi B apologises after imitating Hindu goddess on Reebok cover

People that sell food from the boot of their cars have the best stew, Ebuka says

You changed my life, Simi says as she celebrates daughter at six months