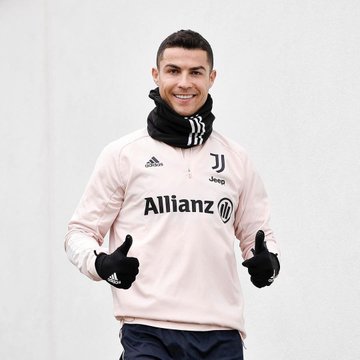 The Portuguese star has enjoyed an illustrious career which spanned across four football leagues in Europe from his home country Portugal with Sporting Lisbon to Manchester United in England, Spanish giants, Real Madrid and Italian giants Juventus. 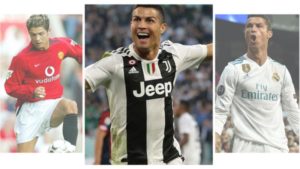 Born 5 February 1985 in Madeira, Ronaldo has also left an indelible trail of outstanding goal record in almost two decades of his senior professional football career with at least 29 career titles in club level.

Ronaldo has scored 660 career club goals in 875 matches. He scored five goals in 31 games for Sporting, 118 goals in 292 apps for Manchester United, 450 goals in 438 apps for Real Madrid and presently, CR7 has 87 goals in 112 matches for Italian champions Juventus.

The former Manchester United man is surely a man for the big stage and despite the rivalry with Barcelona’s Lionel Messi, Ronaldo remains a stand-out star at par with the Argentine, although fans of both sides can’t seem to bury the debate of who is the better footballer, both players seem to be outstanding in their respective ways. 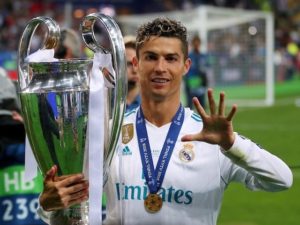 In the international level, Ronaldo is seven goals away from levelling the records for most international goals by a European having scored 102 goals (and overall, behind only Ali Daei’s 109 strikes for Iran).

Also, the Portuguese is the only player to score three goals at multiple EUROs competition (2012, 2016), he has scored the most EURO goals including qualifying (40) as well as the most goals in EURO and European World Cup qualifiers (61). He currently has the most Portugal caps with 170 appearances for his national side.

Ronaldo has won the Euro Championships and the UEFA Nations League titles with the Portugal football team. 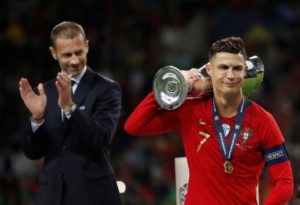 Ronaldo is also the only player to score ten goals against a single club in the UEFA Champions League: vs Juventus and he currently is Real Madrid’s all-time highest goal scorer with 450 goals. He is ahead of fellow club legends, Raul (323) and Alfredo Di Stefano (308).

He has scored a record 762 senior career goals and provided 224 assists for club and country. Collectively, Ronaldo has won 31 senior trophies in his career. He has also attained 17 titles from friendly competitions.

Ronaldo recently won the 2020 Golden foot award as well as the Globe Soccer Awards Player of the Century award for the year 2020.

In January 2021, Ronaldo became the top goal-scorer in football history by surpassing Austrian-Czechfootballer, Josef Bican’s record of 759 goals scored for club and country when he scored in the Italian Super Cup final against Napoli, to take his personal tally to 760 goals.