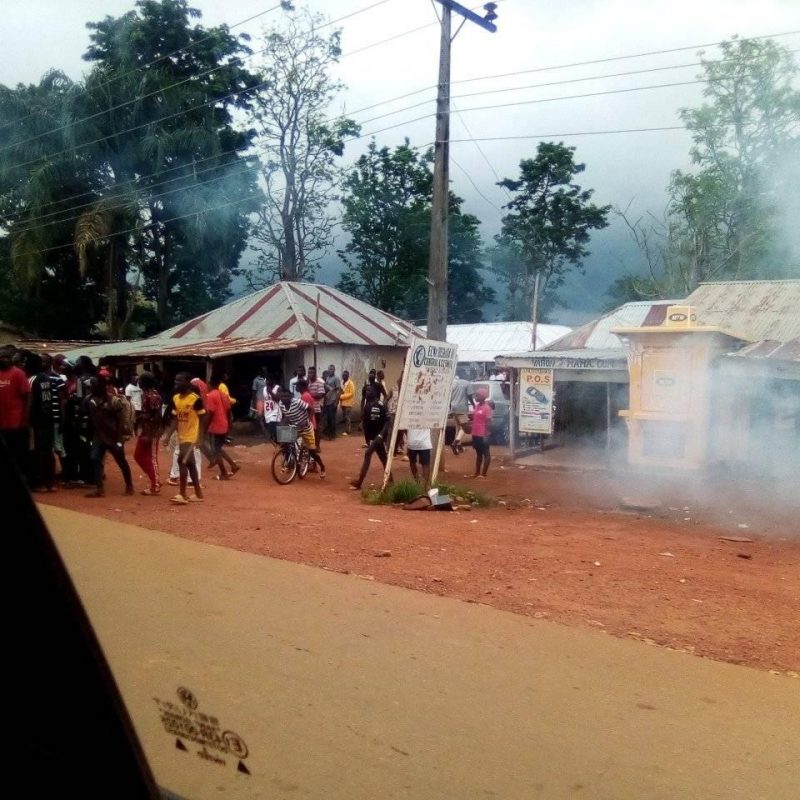 The deceased was said to have joined his colleagues protesting hike in school fees when the operatives resulted in the use of force to disperse the demonstrators.

Speaking anonymously with Daily Trust, one of the protesters said they came out to protest an increase in tuition of the state-owned institution when they met armed security operatives outside the college.

Kabir said, “Sad Monday for Nigerian and Kaduna state Students’. Right now, we are having a joint meeting. In attendance are: NANS national president and his executives. NAKASS PRESIDENT & EXCOS NANS JCC Kaduna axis and all Kaduna state SUG/SRC Presidents,” he wrote on Facebook.

“Deliberating on the tuition fees hike and insecurity in our campus when the SUG president of College of education Gidan waya received a call that 3 protesting Students of the college were shot by police and 2 are feared dead.

“The Secretary General of the SUG is already in the hospital, we are still gathering information to confirm if any of our student is dead and what actually led to the shoot out. We pray that no life will be lost in this struggle. Let’s intensify prayers please.”