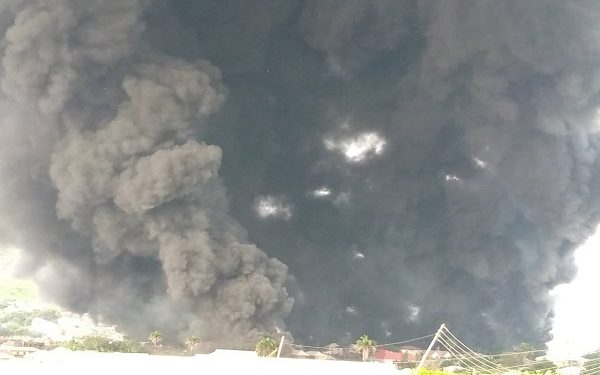 The incident occurred at  Felele along the Lokoja-Abuja highway.

The victims of the tanker explosion, which occurred around 8.30 am, close to the GT plaza included schoolchildren and students of the nearby Kogi State Polytechnic (KSP).

It was gathered the tanker ran into another vehicle and exploded on impact.

The situation was worsened as other oncoming vehicles ran into the inferno.

School children were also affected as over ten vehicles got burnt.

Officials of the Federal Roads Safety Corps (FRSC) were to temporarily shut the road to avoid serious further damage.

Men of the Federal Road Safety Corps and firefighters were on hand to control the situation.

Governor Yahaya Bello of Kogi State has expressed his condolence to the families of the victims.

Speaking through his spokesperson, Onogwu Muhammed, the governor said, “It is very sad to learn of the tragic loss of lives, many vehicles, property and other valuables in the petrol tanker fire.”

He also advised students of the Kogi State Polytechnic to remain calm over the incident.