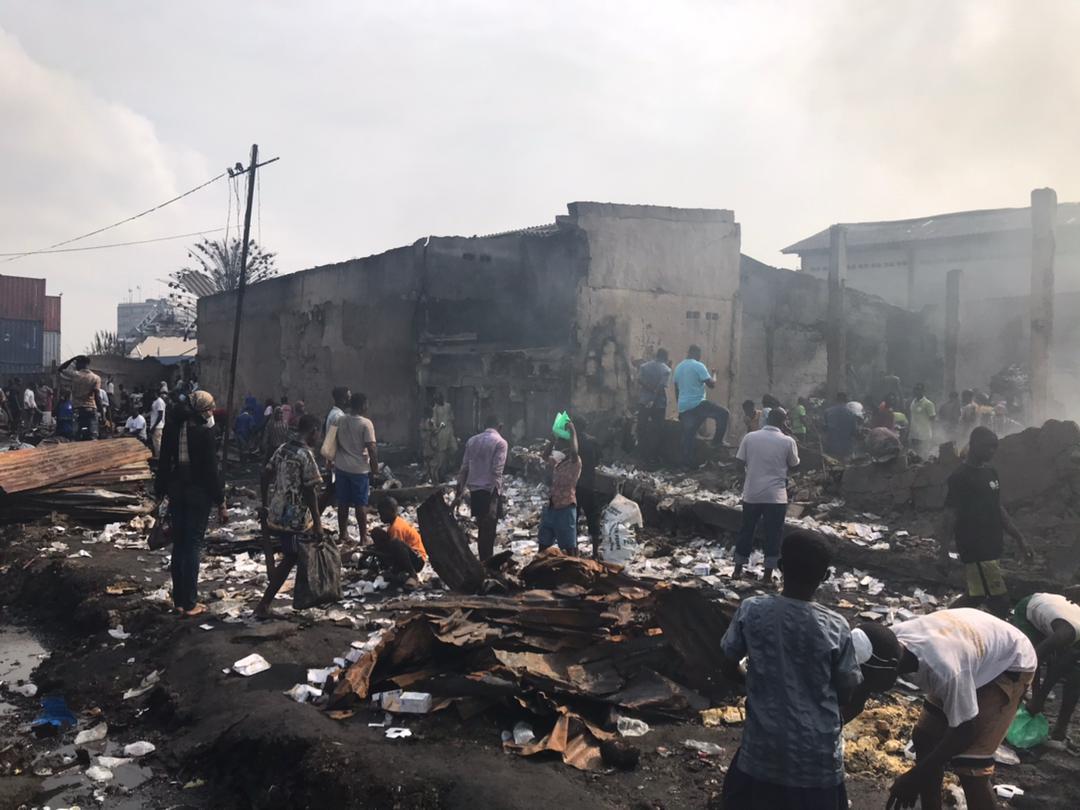 Nigerians have taken to the popular microblogging site, Twitter, to call for an end to ethnic violence amidst fear of another civil war.
Violence erupted in Oyo State over the weekend after the Yorubas and the Hausas in the Shasha market in Akinyele Local Government Area of the state clashed on Friday, amidst the killings of farmers by suspected herdsmen as well as abductions.

A number of persons have reportedly died while properties have been vandalised as a result of the conflicts between the warring parties.

Although the state government run by Governor Seyi Makinde has imposed a 24-hour curfew after shutting the market and deploying securing operatives to the hot zone, the clashes have not totat=lly subsided as there are still reports of attacks in the area.

Reacting to the development on Twitter, Nigerians have called for the conflicting tribes in the area to embrace peace and unity while nothing that the country does not want another civil war under #SayNoToEthnicViolence.

See some comments below:

The last civil war lasted for around two years and six months but the effect is still felt. #SayNoToEthnicViolence we can’t afford another one😪 pic.twitter.com/9GuSb1C0io

Until we stop looking at ourselves through our tribes, ethnic groups, religious groups and we see ourselves as one, as Nigerians, we won’t progress. #SayNOtoEthnicviolence

#SayNOtoEthnicviolence peace is all we need, that Hausa guy is my Friend, that Yoruba guy is my brother, that igbo guy is my neighbour. I love them all and want to live in peace with them all.

Do you know nearly 4.5m Nigerians were displaced during the last war. Around 3m turned refugees. #SayNoToEthnicViolence we don’t want this again😪😪 pic.twitter.com/xDFMWX1wvz

Honestly, there’s is something about the 9ja spirit. We overcome in the face of adversity and crisis. #SayNoToEthnicViolence pic.twitter.com/EXe0ptgBdm

Nigeria is ranked the most happy and homely people in the world. There is no room for crisis. #SayNoToEthnicViolence pic.twitter.com/l7DSNVz0lz

It’s time to throw the war and hate. Let’s embrace each other as family. #SayNoToEthnicViolence it will affect every body. pic.twitter.com/xSyjZo5M3i

How can we develop when we are always in crisis, families have become refugees in their country. #SayNoToEthnicViolence ko make sense na pic.twitter.com/R0xaQmziLK

We know there are bad eggs amongst every crate. Let’s not use the sins of the few to kill each other. #SayNoToEthnicViolence pic.twitter.com/BoVudLrIKy