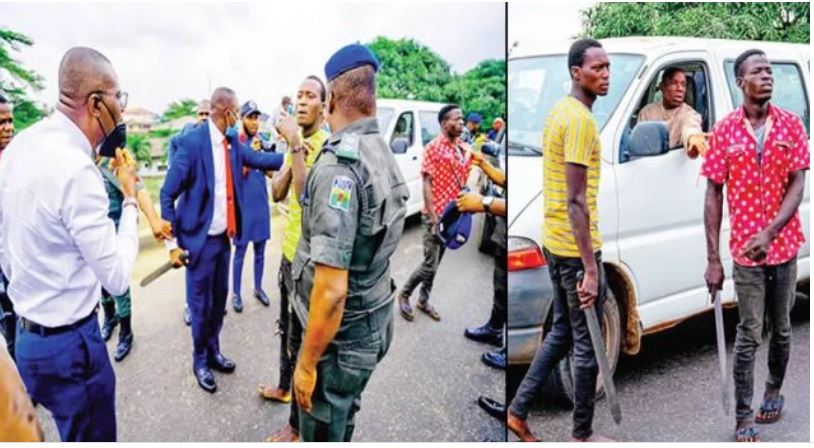 Security personnel attached to the Lagos State Governor governor on Monday arrested three machete-wielding criminals, who were allegedly harassing motorists and other road users in traffic.

This was contained in a statement by the governor’s Chief Press Secretary, Gbenga Akosile.

”The gang of suspected criminals met their waterloo Monday while attempting to unleash terror on a motorist around Ojota in-bound Alausa.

“Help, however, came for the motorist as Governor Sanwo-Olu’s convoy approached the scene to rescue him from the three machete-wielding criminals who were at the time, trying to drag him out of his vehicle. 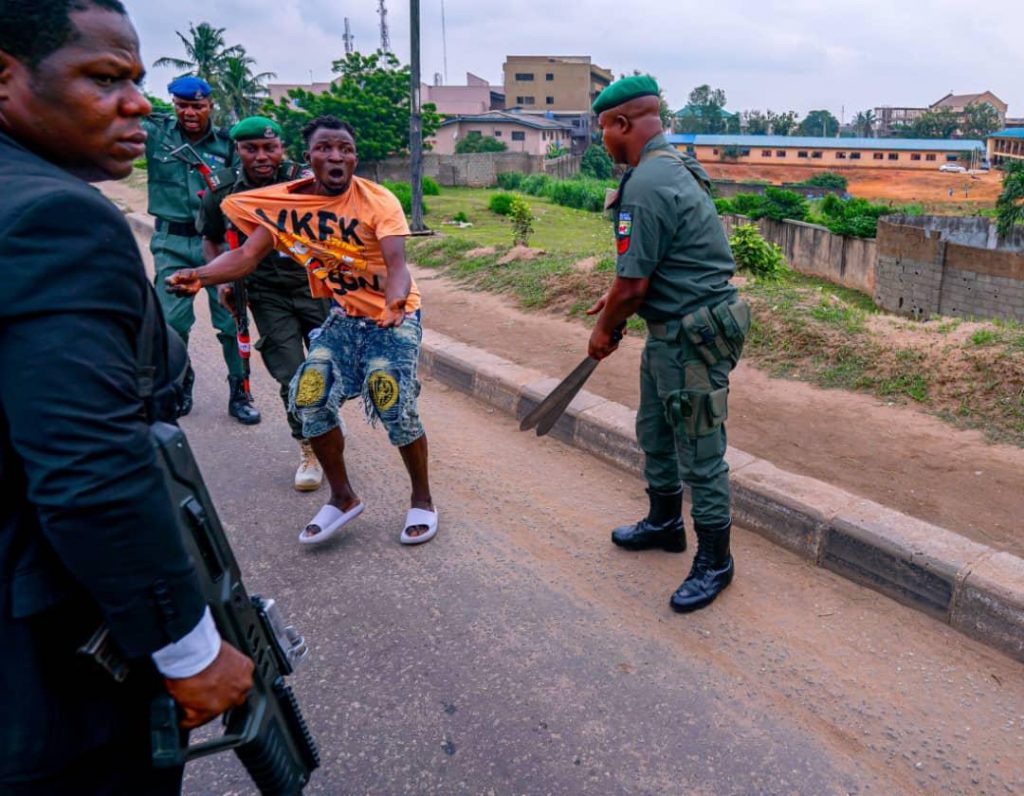 “The security personnel attached to the governor swooped on the suspects, retrieved the weapons from them and arrested the three of them.

“Sanwo-Olu reiterated his stance that Lagos would be no hiding place to criminal acts.

“Governor Sanwo-Olu stated after his security personnel arrested the three machete-wielding criminals that the exercise was a warning signal to other criminal elements and prospective traffic robbers in Lagos that there is no hiding place for criminality in Lagos State,” the statement added.

VIDEO: Kajuru Emir in tears as he recounts kidnapping ordeal