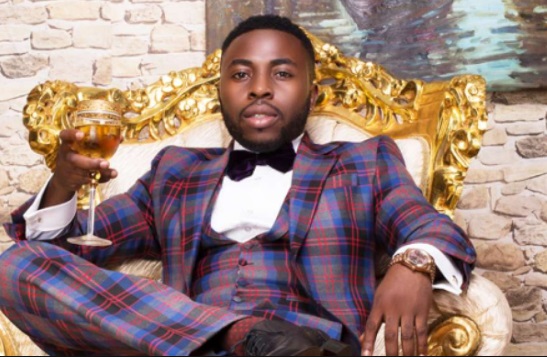 Music producer and blogger, Samklef has criticized the Arabic inscription on the logo of the Nigerian Army.

Sharing on Twitter, Samklef wondered why the three major languages in Nigeria were snubbed for Arabic when the country was not even colonized by the Arabs

He wrote: “We have Igbos, Yoruba, and Hausa. So why choose Arabic? Na Arab colonize Nigeria? We don’t speak Arabic in Nigeria so why do we have it on the army logo I just want to know simple?”

His tweet was met with criticism from some Twitter users who tried to make him see that there’s nothing wrong with the Arabic inscription.

@Jamaldeenvoice wrote: “Dear Samklef, Knowledge is power, Arabic might be spoken by Muslim dominated countries. But many xtians and jews speak Arabic. Now, the Arabic word on the logo means. “Help from God and a near victory.” Simply denote Victory by God’s grace.”

@Young__attorney advised the music producer, saying, “go to the Nigerian Army Headquarters and ask them. They will explain it to you better.”

He fired back: “How much dem pay una to dey useless?”

He added: “I just woke the government slaves. Useless youths… If we claim Nigeria is united why have Arabic words on our army logo? I only ask a question which is my right to know. Awon ware.”

Filmmakers must get approval before using corps members’ uniform – NYSC