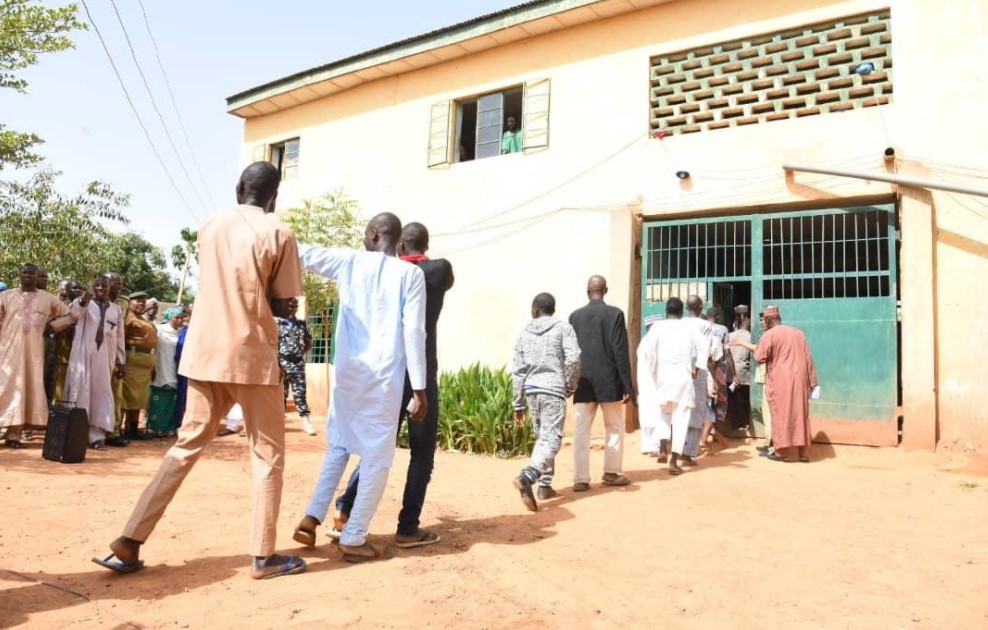 This is just the governor reportedly gave each inmate N5000 as fare to return to their respective homes.

Daily Post reported that while effecting their release from detentions, Ganduje urged them to be people of sound character when they are finally being integrated into society.

“In your position as Nigerians who deserve to be taken care of, we are here today, Sallah Day, to celebrate with you this great Sallah period, by way of releasing some of you who are pardoned,” he said.

Ganduje made the statement when he visited Gorondutse Medium Correctional Centre as part of his Sallah visits during the Sallah period, Tuesday.

“We are here to also see how you are feeling and to share our joyous moment with you. We want those of you who repented to promise not to go back to their previous nefarious acts,” he warned.

While explaining his reason for pardoning and granting them freedom, the governor said “Some of you are released because of ill-health, some stayed longer than necessary and some were incarcerated because they were not able to pay charges placed on them.”

Ganduje further disclosed that their release was in compliance with President Muhammadu Buhari’s directive to decongest Correctional Centres across the country.

“…we are therefore following this directive, particularly because of COVID-19 pandemic, as directed by Mr President.”