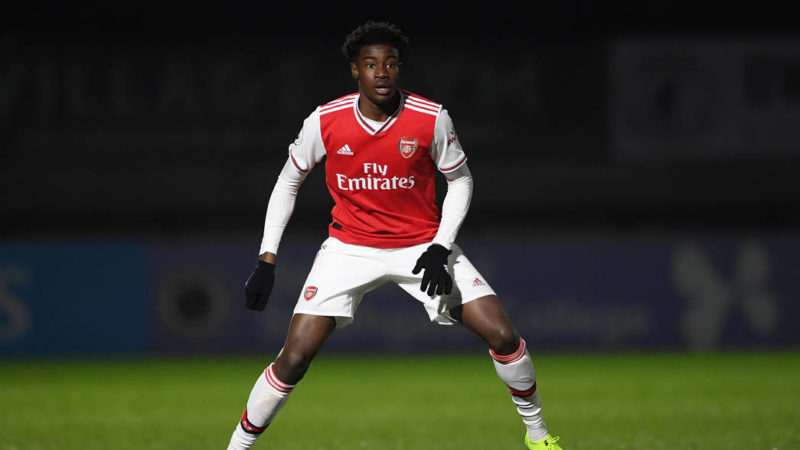 Arsenal have announced that young right-back Ryan Alebiosu has signed his first professional deal at the club.

The 18-year-old has spent 11 years with the Gunners, progressing in the same age bracket as Bukayo Saka.

Alebiosu made his first appearance for the U23 ranks in January and was a regular in the U18 side last term.

MORE READING!  Messi had an issue with Barcelona - Ronald Koeman

Announcing the signing on www.arsenal.com, the Gunners said,

“Ryan Alebiosu has signed his first professional contract with us.

“The 18-year-old first joined our Academy when he was just seven years old.

“The Islington-born Gunner joined our pre academy before signing as an under-9, developing through the ranks in the same group as fellow Academy graduate, Bukayo Saka.

“A versatile and energetic right back who can also play in midfield, Ryan made 21 league appearances for our under-18s last term and made his debut for our under-23s against Liverpool in January.

“We congratulate Ryan on his first pro contract and look forward to supporting him with his continued development.”

Related Topics:ArsenalRyan Alebiosu
Up Next