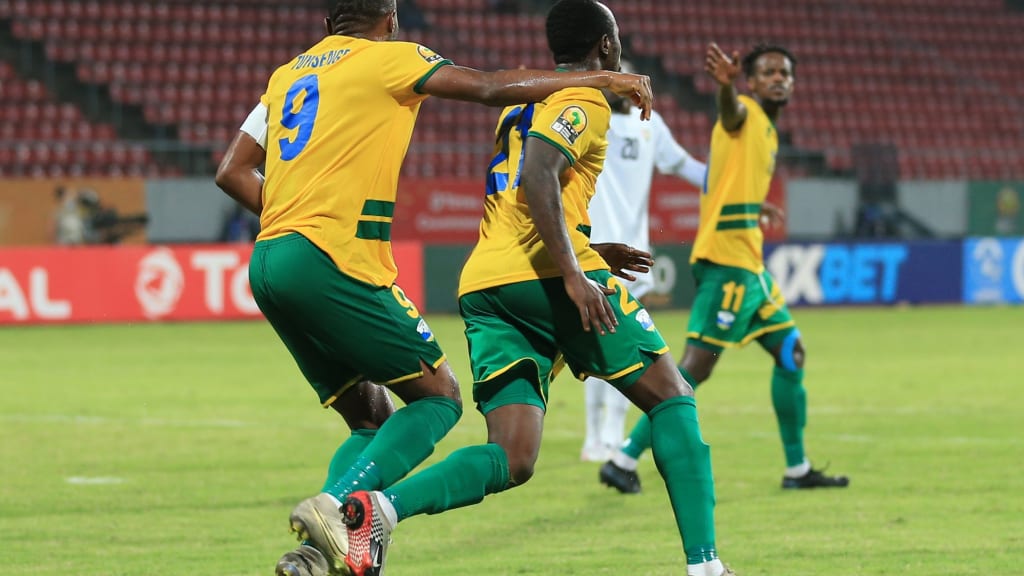 The Amavubi of Rwanda on Tuesday stormed into the quarter-finals of the on-going 2020 African Nations Championship (CHAN) after a hard-fought 3-2 win against Togo.

Coach Vincent Mashami’s team fought their hearts out to win the Group C match at the Limbe Omnisport Stadium and finish second in the group with five points behind Morocco.

The match started at a low tempo before Rwanda’s skipper Jacques Tuyisenge put to waste a good goalscoring opportunity after 19 minutes when he blasted out from close range.

MORE READING!  Ref took 'two points away from us', says Solskjaer after goalless draw at Chelsea

Togo, who had Kokouvi Amekoudi miss the target, however, took the lead after 38 minutes of play when skipper Yendoutie Nane finished off a well-taken Ismail Ouro-Agoro cross.

But Rwanda quickly regrouped and attacked in numbers, before Olivier Niyonzima nodded in Emery Bayisenge’s well-taken free-kick at the stroke of half-time to make it 1-1.

In the second half, poor defending cost Rwanda again when Bilal Akoro was given space to slide in past goalkeeper Olivier Kwizera to make it 2-1 for Togo.

But Rwanda, who are the 2016 quarter-finalists, fought back before skipper Tuyisenge nodded in past Togo goalkeeper Abdoul Moubarak Aigba after 60 minutes.

Ernest Sugira who replaced Dominique Savio Nshuti in the second half made it 3-2 for Rwanda after 66 minutes when he dribbled past two defenders to score.

It was pressure in the remaining quarter of the game as the two teams continued creating several goalscoring opportunities.

Kparo Jarry Ahoro had his shot from close range blocked, while Rwanda’s Martin Fabrice Twizerimana also had his effort stopped.

Rwanda will now wait to play Group D’s top team in the last quarter-final match on Sunday at the Limbe Omnisport Stadium.