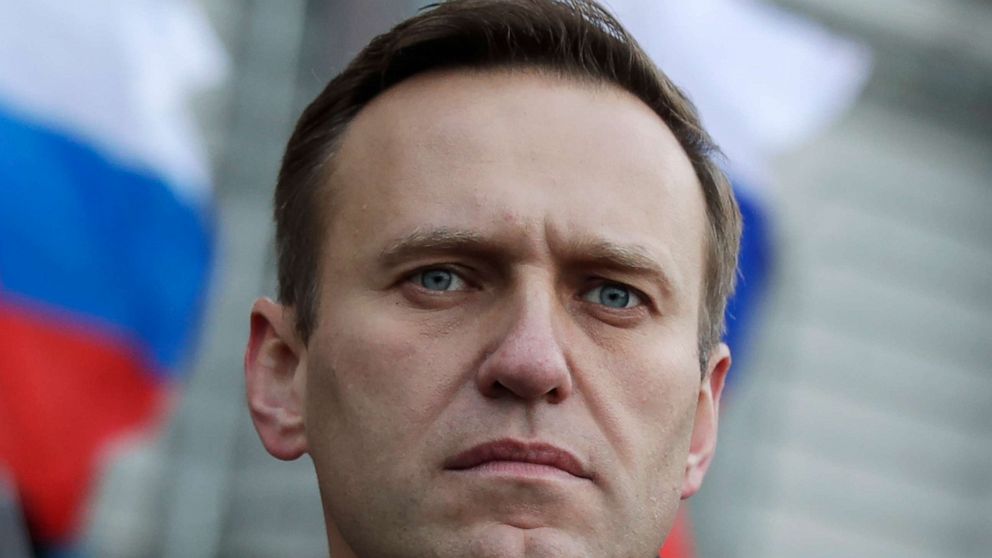 Russian officials on Friday refused to allow political opposition activist Alexei Navalny, who is in a comatose, near-fatal condition in a Siberian hospital, to be evacuated to Berlin for treatment.

Navalny’s condition is unstable, and it would be dangerous to transport him, the Head Doctor at the hospital in the Siberian city of Omsk, Alexander Murakhovsky, said on televised comments.

“We are all fighting for the life of our patient,’’ Murakhovsky said.

The hospital has rejected an allegation from Navalny’s team that he could have been maliciously poisoned.

The hospital said that tests did not reveal any evidence of poisoning.

The hospital’s main theory for Navalny’s condition is that he suffered from a metabolic disorder, causing low blood sugar levels, Murakhovsky said in the comments carried by state media.

Navalny, 44, has arguably been the fiercest domestic opponent of President Vladimir Putin over the past decade.

He has organized a series of protests against the long-time Russian leader, whom he accuses of perpetuating widespread corruption.

Navalny’s Spokesperson, Kira Yarmysh, has said that Navalny appeared to have been poisoned with tea that he drank at an airport cafe before boarding an airliner in the Siberian city of Tomsk.

Navalny, who had been in Siberia to support opposition candidates for local elections, fell ill while on the flight from Tomsk back home to Moscow.

The plane made an emergency landing in Omsk.

Navalny was brought by ambulance to the Omsk hospital, where doctors initially indicated that it appeared he had been poisoned with a strong hallucinogen, Yarmysh said on Twitter.

The director of Navalny’s Anti-Corruption Foundation, Ivan Zhdanov, told reporters on Friday that hospital staff had told him that poison was detected and that staff was wearing hazmat suits as a precaution while attending to Navalny.

Zhdanov said that a team of German doctors who arrived to treat Navalny was not being allowed access to the patient.

Russian state media reported that an aircraft had arrived in Omsk to transport Navalny to the German capital.

Yarmysh alleged that Russian authorities were covering up that Navalny was poisoned with the intention to keep him in the hospital for at least a couple of days to make sure that potential traces of the poisoning would be out of his system.

German Government Spokesman Steffen Seibert told reporters in Berlin that the priority would be to save Navalny’s life.

“We wish that any medical help that can hopefully save him will be given to him,’’ Seibert said.

German Chancellor Angela Merkel has demanded rapid clarification from Russia as to the circumstances of Navalny’s ailment.

The European Union has called for an independent and transparent investigation.

“We are very worried about Alexei Navalny’s health following his suspected poisoning yesterday.

“If confirmed, those responsible must be held to account,’’ the EU Spokesperson for Foreign Affairs and Security Policy, Nabila Massrali, said in a statement.

Yarmysh has implicated the Russian State in the poisoning allegation, saying that even if the Kremlin were not directly culpable, it was still responsible for Navalny’s welfare.

The Kremlin’s spokesperson, Dmitry Peskov, had suggested on Thursday that Navalny could be evacuated for further treatment abroad, saying the Kremlin or the Health Ministry would promptly consider such a request.

“We certainly wish a speedy recovery to him, like to any other citizen of our country,’’ Peskov said in comments carried by state media.

Related Topics:activistRussian doctors
Up Next