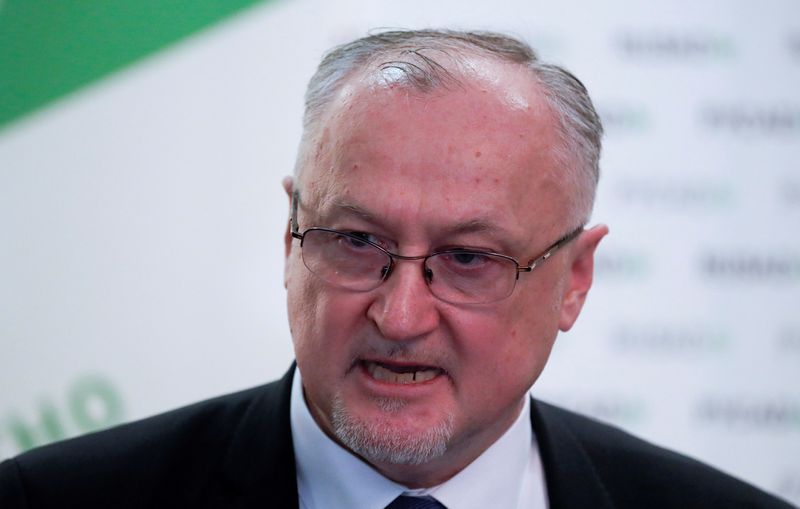 His dismissal was announced by the agency’s founders, Russia’s Olympic and Paralympic committees.

The dismissal of RUSADA general director Ganus comes after the Olympic Committee accused him of presiding over serious financial violations.

The former anti-doping chief, who has denied the allegations, was named as an independent candidate to the post in August 2017.

Ganus portrayed the accusations against him as an attempt to undermine the agency’s efforts to rebuild international trust in Russia’s anti-doping system.

Speaking at a press conference, the president of Russia’s Olympic Committee said the decision to dismiss Ganus had been unanimous.

“We are certain that RUSADA’s operations will remain independent,” said Stanislav Pozdnyakov, president of the Russian Olympic Committee.

He added that Mikhail Bukhanov, currently a lawyer at the agency, would serve as its acting RUSADA director until a successor is appointed within the next six months.

Margarita Pakhnotskaya, who had been Ganus’s deputy, resigned earlier this week.

RUSADA’s supervisory board this month had recommended the removal of Ganus, fuelling concerns that the move could jeopardize the agency’s independence.

The World Anti-Doping Agency (WADA) said on Friday that it acknowledged the decision to dismiss Ganus and said it reinforced concerns it had expressed about the supervisory board’s recommendation.

It said it was in contact with RUSADA and the Russian authorities to seek clarification on the latest developments.

“It is a critical element of the World Anti-Doping Code that national anti-doping organizations, such as RUSADA, remain safe from interference in their operational decisions and activities in order to conduct their work independently and effectively,” WADA said in a statement.

Russia has been rocked by doping scandals since a 2015 report commissioned by WADA found evidence of mass doping among Russian track and field athletes.

Ganus was appointed to head RUSADA as it was mounting a push to be reinstated by WADA.

The appointment of a new director had been a condition for the agency’s reinstatement.

Suspended in the wake of the 2015 WADA report, RUSADA was conditionally reinstated in September 2018.

The agency, however, was declared non-compliant late last year after WADA found Moscow had provided it with doctored laboratory data.

RUSADA has appealed against a four-year ban on Russian athletes competing at major international sports events under their flag as punishment for that data alteration.

The case will be heard by the Lausanne-based Court of Arbitration for Sport (CAS) in November.