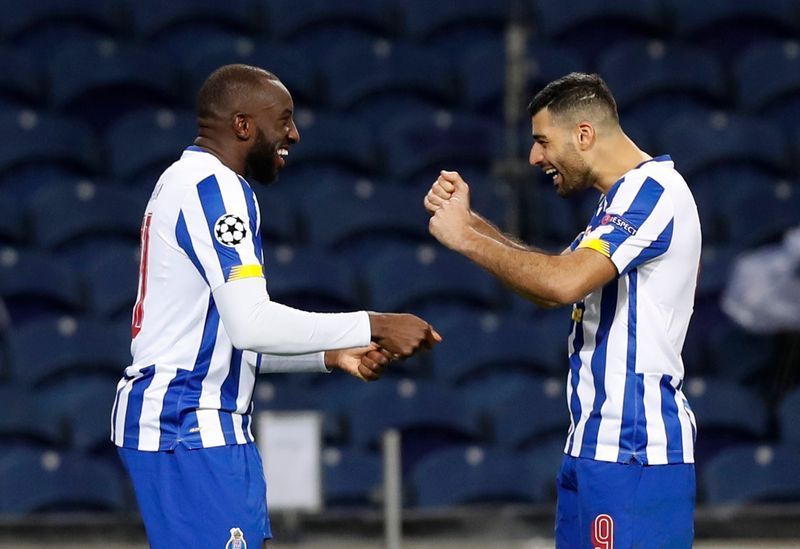 Cristiano Ronaldo suffered a shocking 2-1 defeat with Juventus against Porto on his return to Portugal in the Champions League.

The Portuguese side were the better side in the 1st leg of the Round of 16 fixture and got rewarded with an early goal in both halves, leaving Juventus to scramble for an all-important away goal late in the game.

Mehdi Taremi gave the hosts a good start with a tap from inside the six-yard area to beat Juventus’ Wojciech Szczesny in the second minute of the first half following a miscued backpass from Rodrigo Bentancur.

Moussa Marega doubled the lead for the Dragões (the Dragons) one minute into the second half by latching onto Manafa’s pass before taking a touch and slotting a left-footed finish past Szczesny at the near post.

The Turin side got a lifeline with eight minutes to the whistle when Federico Chiesa struck a right-footed effort into the bottom left corner from the right-hand side of the area.

FC Porto secured their first-ever competitive victory against Juventus in European competition, having failed to win any of their first five encounters with them (D1 L4).

Meanwhile, Erling Braut Haaland’s brace and an assist gave Borussia Dortmund an away advantage against Sevilla who suffered a 3-2 defeat to the Germans.

Sevilla took the lead in the seventh minute through Suso but Mahmoud Dahoud levelled up in the 19th minute after an assist from wonderkid, Haaland.

The Norwegian gave BVB a two-goal lead with a brace in the 27th and 43rd minute respectively before Lukk de Jong reduced the deficit for the home team in the 84th minute ahead of a final showdown in Germany.