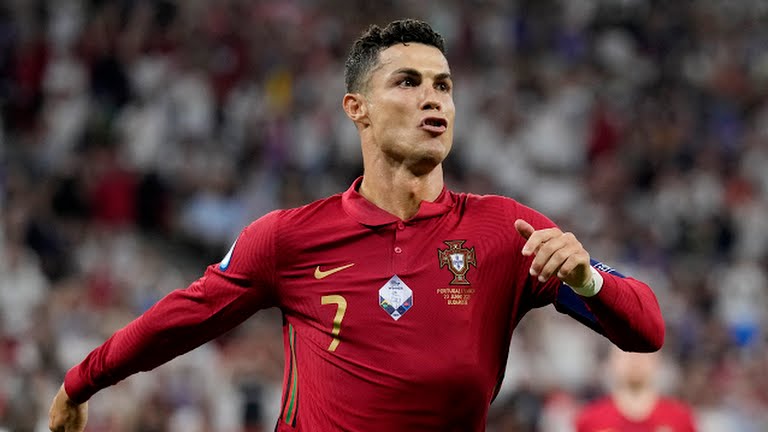 Juventus forward, Cristiano Ronaldo, has equalled the international goals record set by Iran’s Ali Daei (109) after netting two penalties in the 2-2 Euro 2020 draw against France, to send Portugal into the knockout phase.

It was a night of records again for the Portuguese whose first goal against France made him the first player to reach at least 20 goals at the World Cup and European Championship.

The former Real Madrid star who increased the tally to 21 with his second goal now ranks ahead of Germany’s Miroslav Klose(19), Gerd Muller (18) Jurgen Klinsmann (16) and France’s Michel Platini (14).

Ronaldo also became the first Portuguese player to score in all three group games at a EURO championship.

At the same time, Ronaldo’s second spot-kick placed him at par on the men’s most international goal chart with Iran great Daei, whose benchmark has stood since he retired in 2006.

Ronaldo’s opener had taken him clear of Miroslav Klose for the most World Cup and European Championship goals combined, a tally that improved to 21 with his second spot-kick.

That equaliser was only enough to take defending European champions Portugal through in third place in Group F to meet Belgium in Seville in the last 16.

With Portugal set to face Belgium in the Round of 16 of the EURO 2020 championship, a goal for the former Manchester United man would take him higher than Daei.

Recall that Daei had tipped Ronaldo to be the player to break his record back in 2018 when he told Khabar Online news agency that “Records are made to be broken.

“Ronaldo really has the qualities to do it. I have a lot of respect for him. He is such a great player that it isn’t even necessary to sing his praises.”