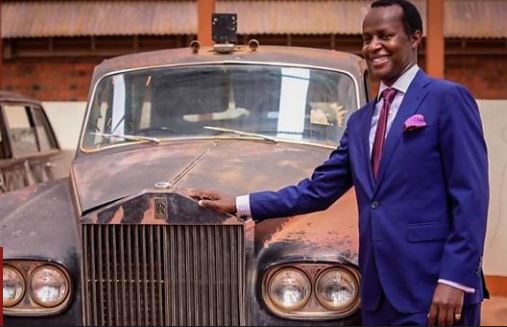 A Rolls-Royce Phantom stolen from the kingdom of Buganda in 1966 by strongman Idi Amin, on the orders of the state of Uganda, has finally been returned.

Charles Peter Mayiga, the current Katikkiro or prime minister of the kingdom of Buganda, said he was just three years old when the theft happened.

“Idi Amin was the commander of the army and he dispatched a unit that attacked the palace. They ransacked it and the cars and many other valuables were stolen; it created very bitter feelings for the people of Buganda,” he told BBC Newsday programme.

Five vehicles were stolen, and one of them destroyed, and two have never been located.

“There was also a Bentley which belonged to the current King’s mother…it’s in South Africa, that one we’ve been able to locate,” he said.

Mr Mayiga said the attack on the palace was humiliating for the king but the act of returning the vehicle was “a good gesture”.