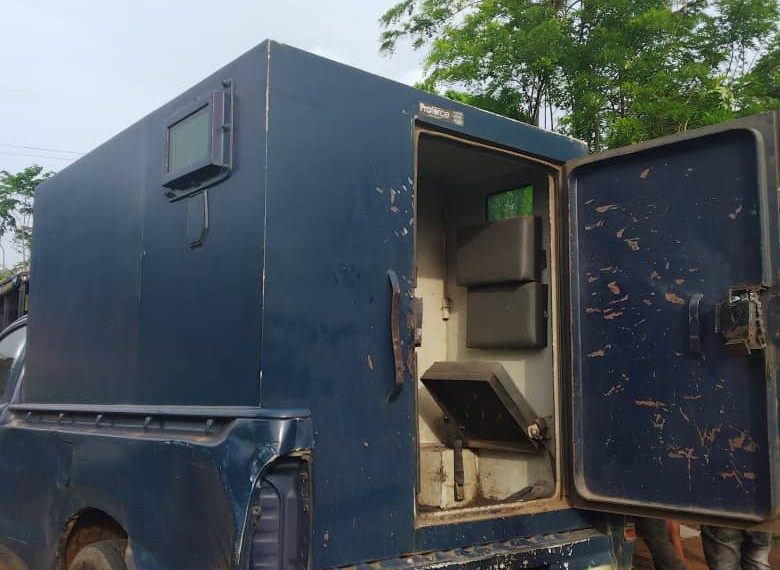 Suspected armed robbers, on Thursday evening, attacked a bullion van at Elemosho Village along the Akure-Ondo Expressway in Ondo State, making away with an undisclosed sum of money.

According to an eyewitness, the robbers waylaid and attacked the bullion van, belonging to one of the commercial banks, as it headed towards Akure around 5 pm.

The eyewitness said, in the operation which lasted for about 20 minutes, the robbers shot three people and disappeared into the bush.

According to the eyewitness, villagers abandoned their houses and ran into the bush for safety on hearing the sporadic gunshots.

“The robbers came to the scene in a Lexus car and waylaid the convoy, riddled two out of the three vehicles in the convoy with bullets.

“They shot three people before they ran away into the bush. One of the victims was alive while it was not sure whether the other two survived.

“Men of the Ondo State Security Network Agency, Amotekun, were invited to the scene and took one victim to the hospital,” the eyewitness added.

In a reaction, the Commander of the Amotekun team, Chief Adetunji Adeleye, who confirmed the incident, said his men took one of the injured persons to the hospital. He also said there was no life lost in the attack.

The state Police Public Relations Officer, DSP Tee-Leo Ikoro, said the robbers had run away before the security men got to the scene.

Ikoro said that the command has commenced investigation into the incident, indicating that detectives are on the trail of the bandits.