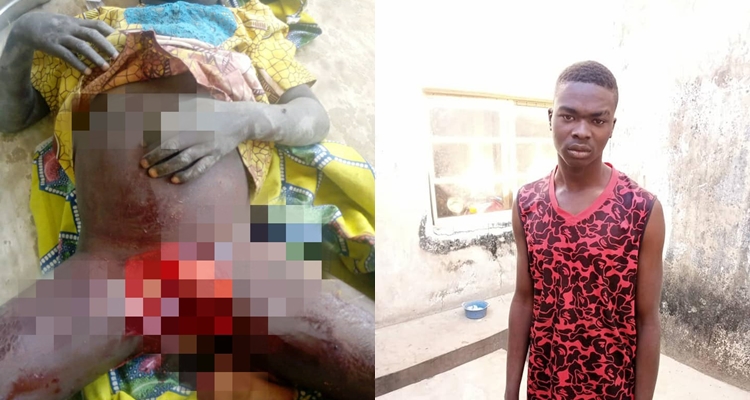 A Bauchi based woman, identified as Hafsatu Wada has recounted how two young men brutally cut off the private part of her six-year-old niece in Jama’are Local Government of Bauchi State for ritual purposes.

Recall that one of the suspects Adamu Abdul, 20, has been apprehended by operatives of the Bauchi State Police Command while his accomplice, Abdulkadir Wada is currently at large but necessary measures have been put in place for possible and immediate apprehension.

In an interview with an online news portal, Hansatu Wada said that her attention was drawn to the girl’s situation by neighbours.

“The tragic incident occurred on Wednesday. I was about to bathe her when she stepped out with her sister. Along the way, they met those two young men who wanted to send them on errands. The elder sister refused to go, but they forcefully took the youngest to an abandoned building, tied her with a rope, and completely removed her private part,” Hansatu narrated while sobbing.

“We took her to the police station from where we were referred to various hospitals until finally we were brought to Aminu Kano Teaching Hospital,” she added.

Hansatu has appealed for public support to treat the girl and ensure justice prevail.

Side chick disappears with lover’s baby in Ondo

Soyinka rules out application for US Green Card, says he’s ‘trapped in one sh**hole’