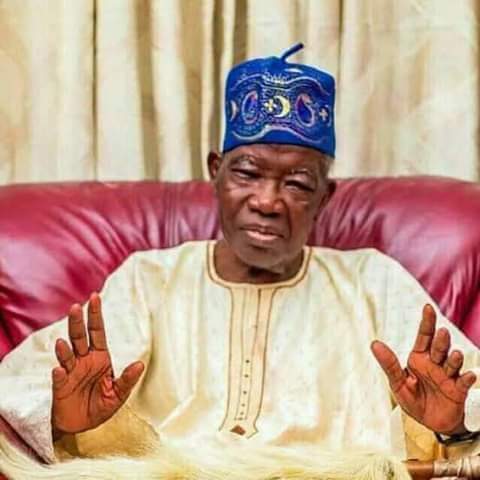 A civil rights organisation, the Save Lagos Group (SLG) has threatened to mobilise members in statewide protests against alleged plots to rubbish the legacies of the first elected Chief Executive of the state, Late Alhaji Lateef Kayode Jakande who passed on recently.SLG decried the refusal of the Lagos State Government to rename the Lagos State University (LASU), Ojo after the founder governor who founded the school.

In a statement issued by its Convener, Comrade Adeniyi Alimi Sulaiman in Lagos on Thursday, the Save Lagos Group (SLG) also accused the Governor Babajide Sanwoolu led state government of attempts to play down the landmark achievements of the late Jakande, adding that “We will not hesitate to mobilise our men against the state government should the trend continues.”

Reacting to the passage of the late politician recently, Sulaiman stated that “We are in mourning mode as we speak, Baba Jakande was the founder and the architect of modern Lagos whose contributions to the welfare and wellbeing of Lagos residents cannot be quantified in any way.

“His imprints are scattered all over the state in virtually all facets of human lives but we take consolation in the fact that he lived an impactful life dedicated to the wellbeing of his fellow men. We are also happy that he died at the ripe old age of 91.”

The group however stressed that “Despite the legacies of the late politician, the current ruling political tendency in Lagos has already set in motion machinery to rubbish and downgrade his landmark achievements for reasons best known to them. They (the ruling tendency) demonstrated their disdain for the man while alive and they
are doing the same to him even in death.”

Specifically, the Save Lagos Group wondered why the National Leader of the All Progressives Congress (APC), Senator Bola Tinubu has not deemed it fit to visit the family of the deceased to condone it almost a week after his demise.

“We wonder why the National Leader of the APC, Senator Bola Tinubu has not deemed it fit to visit the family of the great man a week after his death. Could it be that Tinubu loathes him alive and in death? What happens to the time honoured Yoruba dictum that admonishes us not to fight till death? Or could it be sheer envy? These questions are
for him to answer.” The group wrote.

Commenting on the continued reluctance on the part of the state government to rename the state-owned university after Jakande, the Save Lagos Group (SLG) carpeted the Jide Sanwoolu led government saying the action (or inaction) signposts the disdain of the current tendency toward Jakande and his legacies, adding that the group will
use legal means to compel the state government to do the needful in this instance.

“We are appalled that the Jide Sanwoolu led government has demonstrated reluctance to honour Jakande at least by renaming LASU after him and we will take the appropriate action at the right time. We are therefore serving a notice to the state government to do the needful, failure in which we will mobilise our members to storm the Lagos State secretariat to press home our demand.” The group wrote.

I was sacked from my hospital job because I’m ‘too beautiful,’ beauty queen reveals