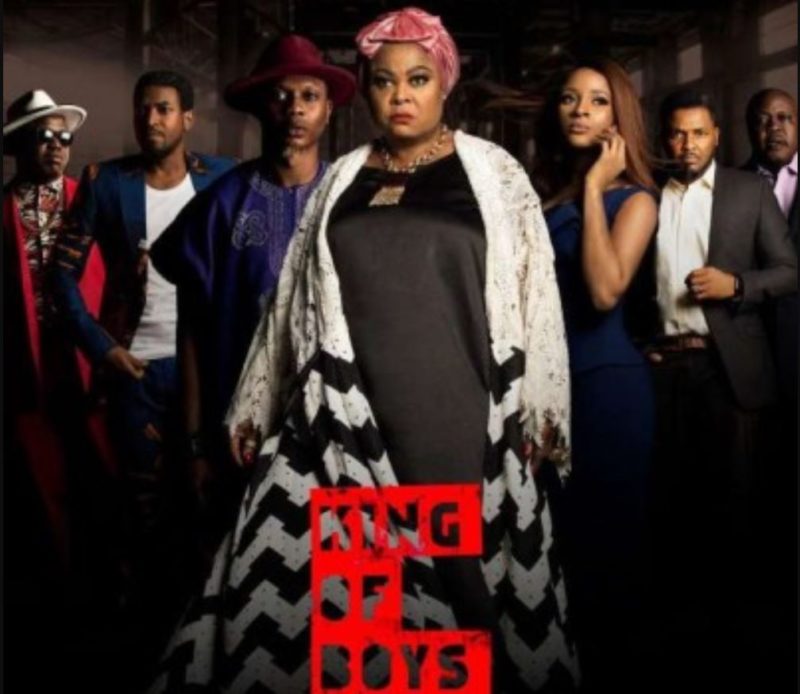 What happens when a woman fights and becomes ‘king’ or ‘Oba’ who rules the underworld? The intrigues and suspense that follows are what makes Nollywod blockbuster “King of Boys” entertaining, thrilling and visually compelling.

The star-studded movie got nine nominations for the 2019 annual Africa Movie Academy Awards (AMAA) and won three trophies, which are NFVCB Best Nigerian Film, Best Actress in Supporting Role and Best Actress in a Leading Role.

Its producer, Kemi Adetiba, was also rewarded with an award when the film was adjudged the best Nigerian film, making it the Nigerian film with the highest number of awards at AMAA 2019.

Although, the star-studded movie is a hit in cinemas across Nigeria, its recent feat at the AMAA earned it a place in the NAN Box Office Review this week.

Set in the city of Lagos, King of Boys tells the tale of a girl, who runs away from home because of Daddy’s prevalent domestic abuse, and gets exposed to the ‘Lagos life’ at her young age.

She ascends to the ‘throne’ of the underworld with scheming and sheer ruthlessness and then uses her money and influence on the street to campaign for a politician.

Having delivered on her ‘mandate’, she was, however, refused opportunities deserving of her contribution to the success of the election because of her reputation.

That girl is Eniola Salami, played by Sola Sobowale, the lead character and ‘king’ in the “King of Boys.”

Eniola Salami, also known as “Oba” by her criminal associates, faces her biggest obstacle yet in trying to cross over to politics while maintaining her stronghold on the underworld.

King of Boys opens at a party thrown by Eniola Salami, with the governor in attendance, as well as fuji music maestro, Wasiu Ayinde Marshall, which indicates that she mingles with the high and mighty in the society.

Adesua’s role as Eniola’s daughter can be described as a masterpiece, a role she also played in the acclaimed movie ‘The Wedding Party.”

Another actor with amazing performance is Reminisce, who played the role of Makanaki, an underworld boss, who is ready to dethrone his former boss.

Toni Tones, who plays the role of a younger Alhaja Salami, is also a star to watch in the movie, as she clearly shows that she is a good thespian.

The role interpretation by the characters, sounds and cinematography, as well as choice of location, enabled the film to make the list of Nollywood’s hit in recent times.

However, King of Boys is appallingly long, stretching almost three hours, which makes sitting to watch it a time-consuming task.

Also, at the same party, ruthless Eniola, uses a hammer on the head of a man, causing blood to gush, the producer never revealed to curious viewers what his offence is.

Nevertheless, Kemi Adetiba’s ‘King of Boys’, can be described as a blockbuster “King” indeed.

Get off my back, American professor slams Nigerians condemning her positive review of a Nollywood film