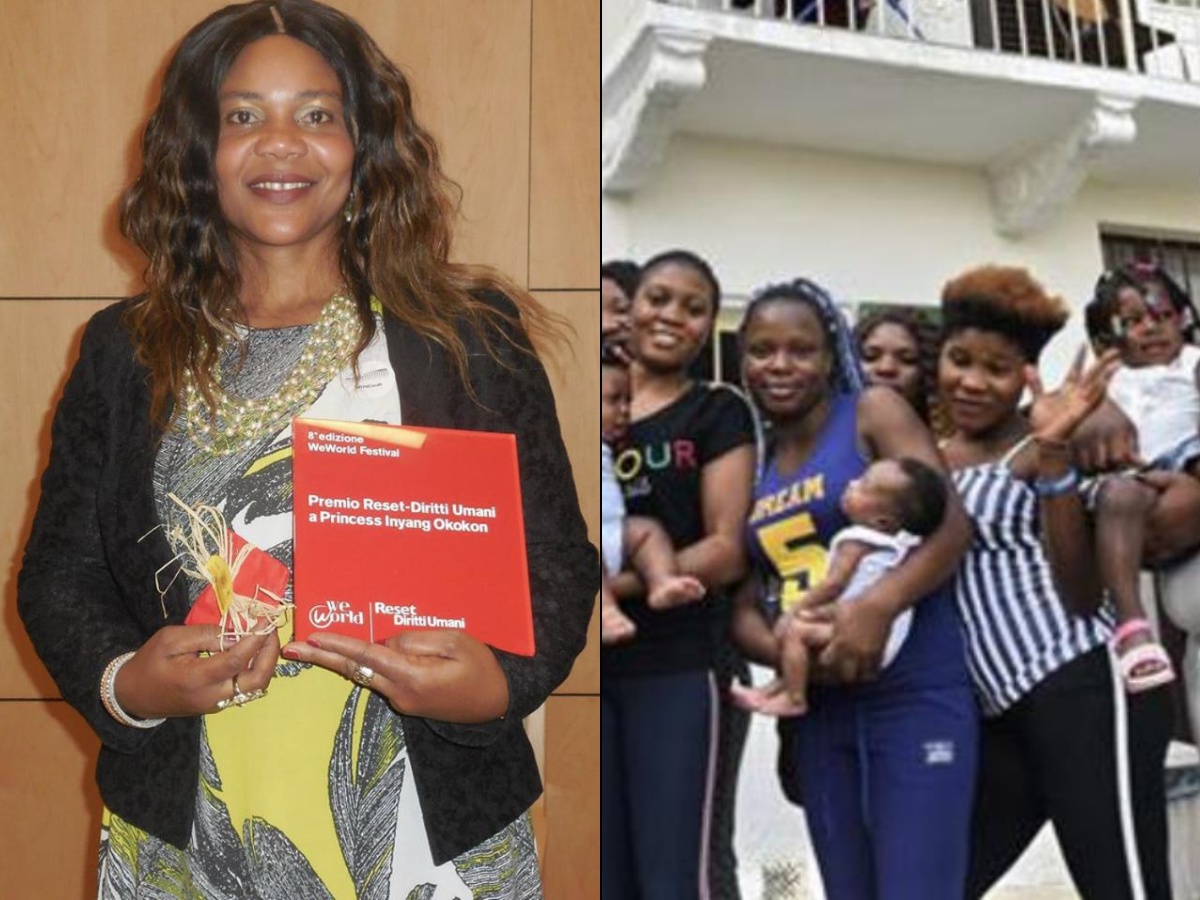 A Nigerian woman, identified as Princess Okokon, has been credited for her role in the rescue of fellow Nigerian women and other sex slaves left for dead by their traffickers during the COVID-19 lockdown in Italy last year.

The virus was first confirmed to have spread to Italy on 31 January 2020, when two Chinese tourists in Rome tested positive for the virus. One week later an Italian man repatriated back to Italy from the city of Wuhan, China, was hospitalised and confirmed as the third case in Italy. Clusters of cases were later detected in Lombardy and Veneto on 21 February, with the first deaths on 22 February. By the beginning of March, the virus had spread to all regions of Italy.

According to reports, the first lockdown began around 21 February 2020, covering ten municipalities of the province of Lodi in Lombardy and one in the province of Padua in Veneto, and affecting around 50,000 people.

Italy became Europe’s epicentre at that time as business activities, including football leagues across the country, were affected and soon the shadowy underbelly of abuse that has existed for years exponentially got worse for the victims during the Covid-19 lockdowns across Italy.

With everyone under lockdown, survival became difficult for sex slaves and according to Forbes, these women and young girls, (many of whom were trafficked as sex slaves in Italy, and manipulated into prostitution by human traffickers) were left on the streets to starve.

The UN’s International Organization for Migration (IOM) highlights that more than 80% of Nigerian women and female minors who arrived in Italy were victims of elaborate and highly organized sex trafficking Nigerian mafia.

According to Nduka Nwanwene, Nigerian Anti-Trafficking Agency, “Human trafficking is the third most lucrative illegal business in the world after drugs and firearms. They invest so little and make so much money.”

In the quest for survival, the call for rescue came from women across Italy and Okokon, a former victim of sex trafficking who escaped the streets had a deep desire to help the women that remained, could not turn deaf ears.

Having escaped in 1999 when she “was on the streets for 6 months and then ran away from Turin” with the help of her husband, Alberto Mossino, President of PIAN Onlus an Anti Trafficking organization in Italy, together they run the operation based in Asti, the northwestern region of Piedmont.

Forbes added that the organization aims to get women off the streets, sue the people that trafficked them and empower them by learning skills that can turn into work.

However, “the problem was that these victims were left on the streets, some we couldn’t help directly because Asti was in a red zone, so we couldn’t leave the area or have the women travel to us,” explains Okokon. “We had to help these women not be fearful of the pimps.”

Mossino added that “these women are considered to be like merchandise. The traffickers don’t see the women and many times young girls as human beings at all. When we were in lockdown, everything was closed, they couldn’t work in the streets. The traffickers forgot about them, they left them without anything, they didn’t even give them money or food to survive.”

There was also the problem of fear to leave on the part of the victims who have been threatened with voodoo by their trafficker. Through rituals carried out by juju priests in connection with magic rituals involving pubic hair, and blood under the guise of an ancient “spell”, traffickers exert a psychological form of control over the victims making them fearful for their lives and that of their families at home.

“We bring them to juju priests, we do this before they leave. The deity instils a fear in them. The juju priest helps to make them fear,” says Patience, a former victim turned sex trafficker while explaining the role these rituals play in coercing victims to comply to traffickers.

Okokon explains that over the years, their organization has helped many women to teach them new skills, like artisanal craftwork, and culinary skills, others have gone on to get degrees, “the first group of women we helped are now in Canada, London, some are even here in Asti. They studied, did courses, and even went back to school.” In recent years, however, the type of migration has changed, “now we have more young minors coming, who are so easy to take advantage of, and being that they are so young and not educated, it’s more work to help them. They often just think of money and not their future. It’s so important to help teach them to invest in themselves.”

“That’s where the commission of Turin, Genova, and Milano come in, to help identify these women. These women and minors aren’t refugees, they are trafficked victims, its something very different. Our mission is to do social integration to help these women get back on their feet. We also help them to sue their traffickers,” says Okokon.

“What we can’t allow is for these women to be victims,” says Okokon. “We want to help these women to be able to have the capacity to work after they do these courses so that they are independent and not reliant on traffickers.”