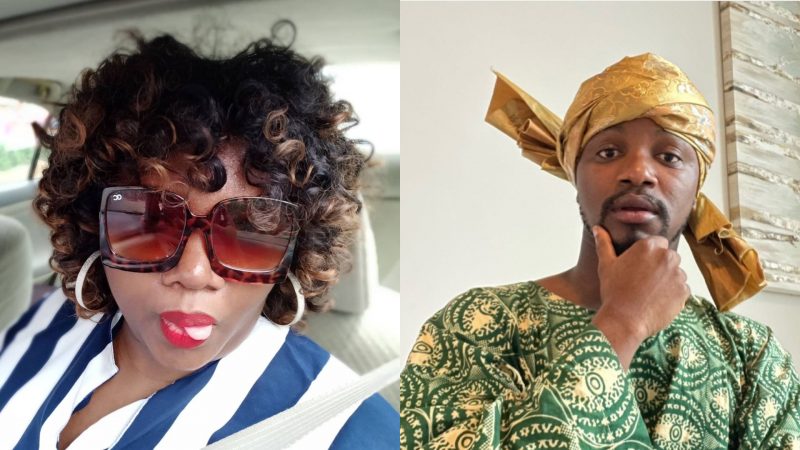 A certain Brenda Uphopho had called out the likes of Mama Tobi and other showbiz entertainers in his line of comedy for dressing up like African women in their skits.

According to Uphopho, their act could be likened to ‘odious puppetry.’

“Crossdressing comedians until you mimic and caricature women in your ridiculous skits before you can ‘make’ it abi?

“Reinforcing all the behaviours that aren’t true to all women, exploiting the all of their expressions. Nobody should tell me its art o!”

“It’s odious puppetry and its gone on for way too long …mama Tobi, Zicsaloma and co…it’s enough”

“Display your craft in your own gender if you can…if you are really that funny…we should get it…with your sub-par talent and pedestrian mimicry disguised as entertainment.KMT,” she said.

Reacting to her scathing remark, Mama Tobi on his Instagram page stated that boundaries must be respected with a further threat that anybody that defaults can be slapped.

He said; “Good morning to you all. Please let’s be guided and respect boundaries and name-calling. Anybody can be slapped. Anybody. You will be slapped twice before anyone touches you. Love to you all.  Cross Dressing and Cross slapping is a thing. So please no violence Bye Bishhhhhhh.”