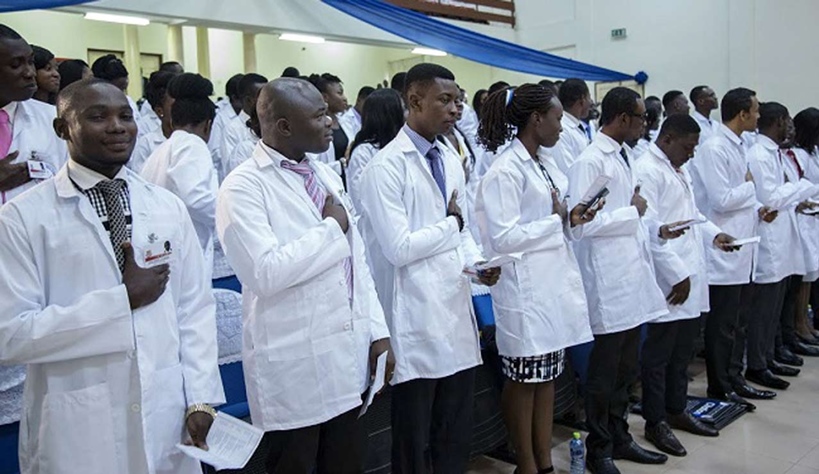 Following the expiration of a 60-day ultimatum to the Federal Government to pay the salary arrears of house officers across the country and review hazard allowance, among other demands, doctors nationwide will embark on an indefinite strike nationwide from Thursday, April 1.

This was revealed, in a communique issued at the end of an extraordinary National Executive Council (NEC) meeting of the National Association of Resident Doctors (NARD)  and signed by its President, Dr Uyilawa Okhuaihesuyi; Secretary-General, Dr Jerry Isogun; and Publicity/Social Secretary, Dr Dotun Osikoya.

NARD while decrying the meagre N5,000 hazard allowance paid to its members,  noted that since the COVID-19 pandemic began in 2020, it has lost 17 doctors, whose families and loved ones were yet to benefit from the Death in Service Insurance Scheme.

According to the Resident doctors, their demands include immediate payment of all salaries owed to all house officers, including March salaries (regardless of quota system) before the end of business on the 31st of March.

Others are: “Immediate payment of all salary arrears including March salaries for our members in all Federal (GIFMIS platform) and State Tertiary Health Institutions across the country especially ASUTH, IMSUTH and UNIMEDTH.

“An upward review of the current hazard allowance to 50% of consolidated basic salaries of all health workers and payment of the outstanding COVID-19 inducement allowance especially in State owned-tertiary Institutions.”

The doctors are also demanding the sack of the Registrar of the Medical and Dental Council of Nigeria (MDCN) for “failure to demonstrate competence in the handling of the central placement of house officers”.

“This will give room for smooth implementation of the central placement of house officers without further delays.”

While calling on for the abolishment of the exorbitant bench fees being paid by its members on outside postings in all training Institutions across the country, the association also called for payment of salary shortfalls of 2014, 2015 and 2016 to its members in all federal institutions including, state-owned, as earlier agreed with NARD.

The association called for payment of death in service insurance for all health workers who died as a result of COVID-19 infection or other infectious diseases in the country, and universal domestication/implementation of the 2017 MRTA by all federal government and state-owned training institutions to ensure proper funding of Residency Training in the country as stipulated by the Act.

The doctors also want immediate payment of 2019, the balance of 2020 and 2021 Medical Residency Training Funds (MRTF) to members including those under state government employment.

My three sons are being threatened over Meghan comments – Piers Morgan

How CAN pacified Christians in Kwara over hijab crisis