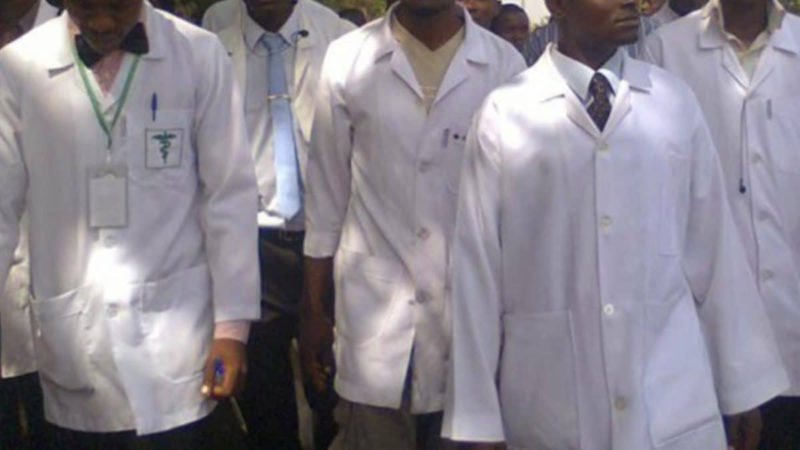 The National Association of Resident Doctors, on Thursday, asked its members nationwide to embark on an indefinite strike from Wednesday, 31 March 2021.

NARD, in a memo jointly signed by its President, Dr Uyilawa Okhuaihesuyi, and Secretary-General, Dr. Jerry Isogun, asked the doctors to prepare financially and mentally for the strike.

It added that the decision to embark on the industrial action was due to the failure of the government to implement certain agreements.

WuzupNigeria reports that this will be the third nationwide strike declared by NARD, the largest union of doctors in the public sector, in nine months.

The union, whose members have been on the frontline of the COVID-19 response, had embarked on strike in June and September 2020 due to unpaid allowances and poor working conditions.

The memo read, “Recall that at our last ENEC, it was resolved that a two-week timeline for the government to expedite actions on issues brought to it. You would also recall that the January NEC gave an ultimatum that will elapse on March 31, 2021, for all pending issues to be addressed.

“In the light of the above, we ask that all members should be sensitised and encouraged to prepare to prepare mentally, socially and financially for a strike action that will commence on March 31 indefinitely.”

Meanwhile, Okhuaihesuyi in an interview said that the Federal Government was still paying a paltry N5,000 as hazard allowance to medical doctors.

“A year ago, we told them to pay the insurance for members we lost. The Federal Government said they had done everything. After a year, none of the members has received insurance claims,” he said in a PUNCH report. “We are still being paid N5,000 hazard allowances while National Assembly members take over N1.2m monthly for hardship allowance.”

Okhuaihesuyi said the Federal Ministry of Labour and Employment had also failed to attend to their plight and even cancelled an important meeting where pressing issues were supposed to have been discussed.

“On February 26, we were to meet with the ministry of labour only to be told a day earlier that the meeting had been postponed and till today nothing. Enough is enough. They can go ahead to implement no work, no pay. We will make the health sector ungovernable for them,” he said.